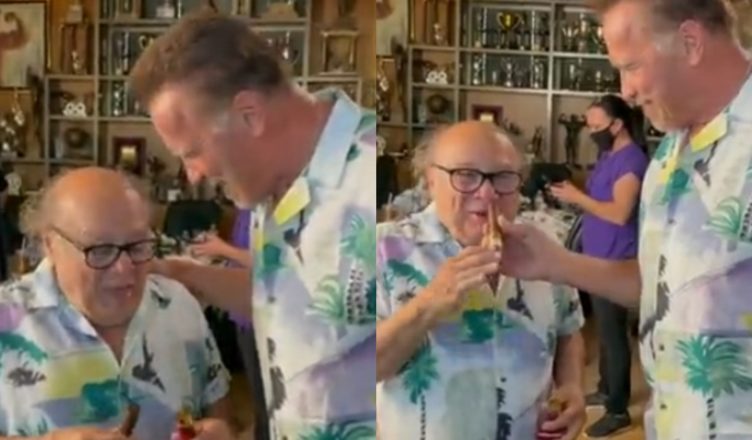 They say revenge is a dish best served cold, and it’s safe to say that Arnold Schwarzenegger believes it too. The actor just got back at his friend and co-star Danny DeVito for a prank that DeVito pulled 33 years ago, back when they were filming the comedy Twins together. 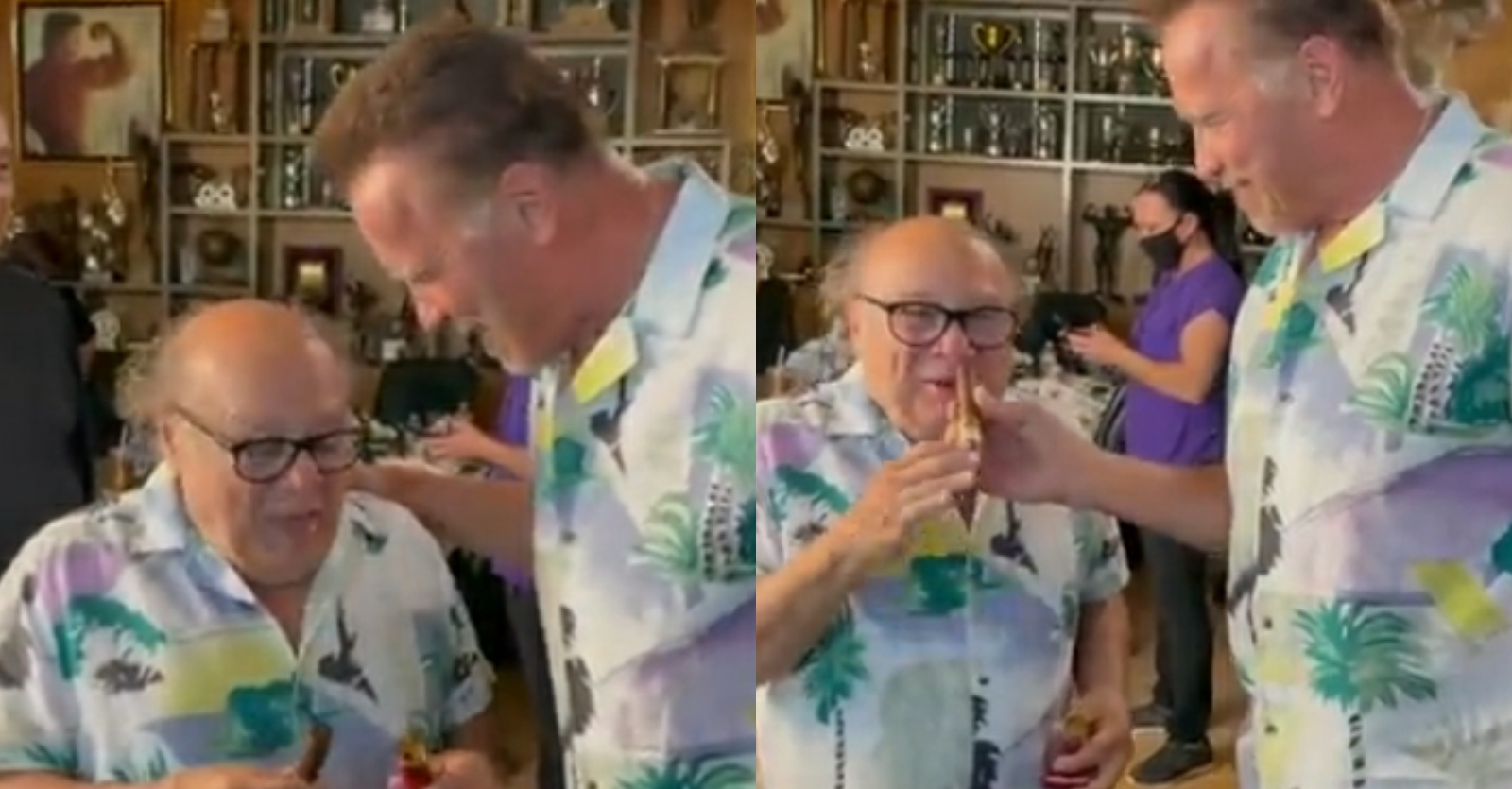 The story goes that while Schwarzenegger and DeVito were on the set of the 1988 comedy (in which they played long-lost non-identical twin brothers), they would hang out between takes, DeVito would make them both pasta for lunch, and they would enjoy a cigar. On one such occasion, DeVito deviously sneaked some marijuana into Schwarzenegger’s stogie, rendering the actor incapable of remembering his lines when they returned to set to shoot a scene that afternoon.

Schwarzenegger has since recalled that director Ivan Reitman was a good sport about the whole thing, and filmed several close-ups of DeVito that day so that Schwarzenegger could read his lines off a script. «We were lucky this was on Ivan’s movie,» he said, «because if this ever happened on a Jim Cameron film, we would have been in real trouble.» 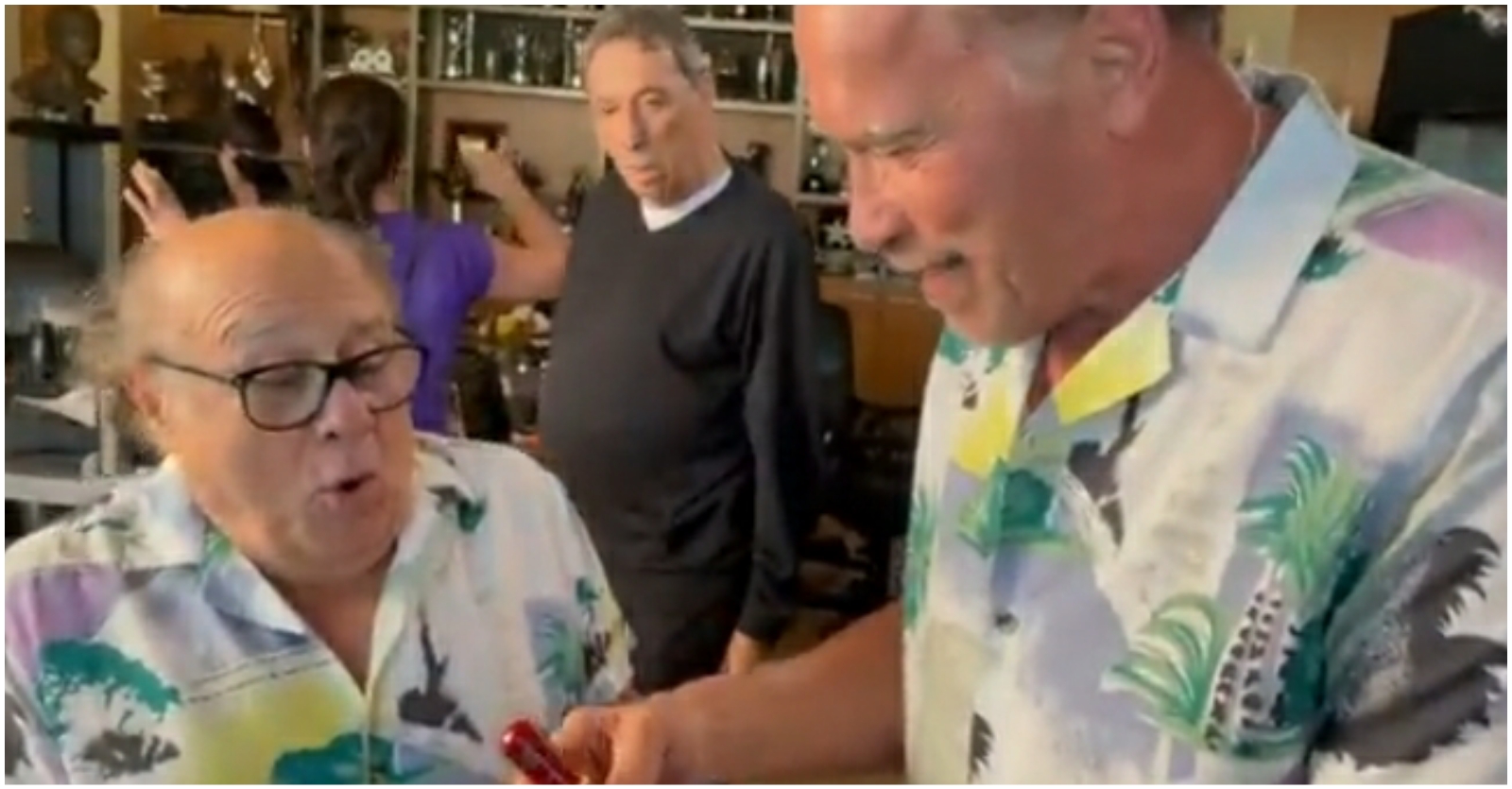 While he clearly remembers the incident fondly, that doesn’t mean Schwarzenegger is above getting a little payback. In the latest edition of his newsletter, he reminded fans of the 1988 prank, and shared a video of him recently returning the favor.

The two were together with Reitman prior to commencing shooting on the sequel Triplets, in order to meet their new co-star over Zoom: comedian Tracy Morgan will be portraying a third long-lost sibling in the movie. Schwarzenegger felt this was the ideal time to finally get DeVito back, and presented him with a marijuana cigar. «But unfortunately he still has the nose of a bloodhound, and sniffed out the special ingredient right away,» Schwarzenegger wrote. 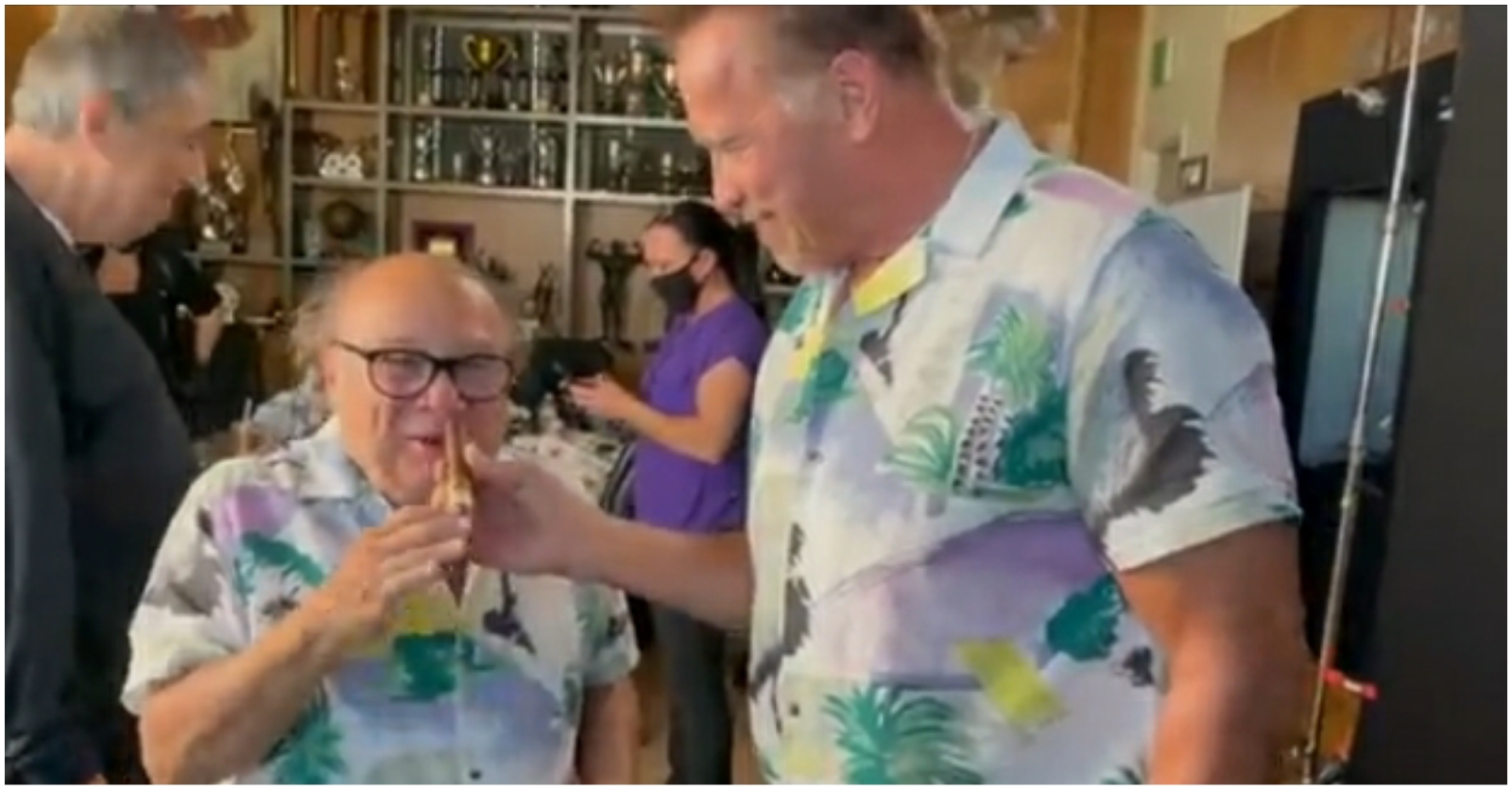 Schwarzenegger wasn’t always averse to getting a little stoned. Back in April, he told Jimmy Kimmel the story of how he and comedian Tommy Chong became gym buddies in the early ’70s and would often smoke weed between workouts—but added that he ditched the stuff once he decided he wanted to get serious about his career.