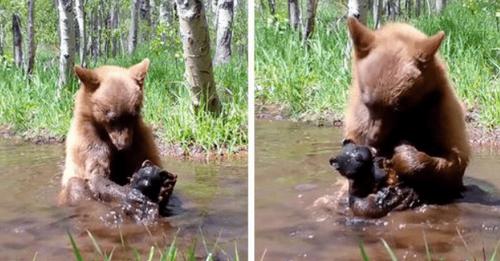 ‘It makes my heart very happy’

Tamarack, an orphaned bear cub, was rescued from a wildfire zone in Northern California last year after his paws were burned in the blaze.

He was being treated for his injuries at a wildlife rehabilitation center when he surprised his rescuers by escaping back into the wild. Fortunately, Tamarack is still alive and well, despite his ordeal in the past, and there’s now a cute video to prove it.

Toogee Sielsch, a wildlife enthusiast, has been tracking Tamarack’s movements on trail cameras placed throughout the forest near his home since his escape last summer. From that vantage point, the orphaned bear cub has clearly outperformed the odds.

Tamarack, on the other hand, isn’t just surviving; he’s thriving. 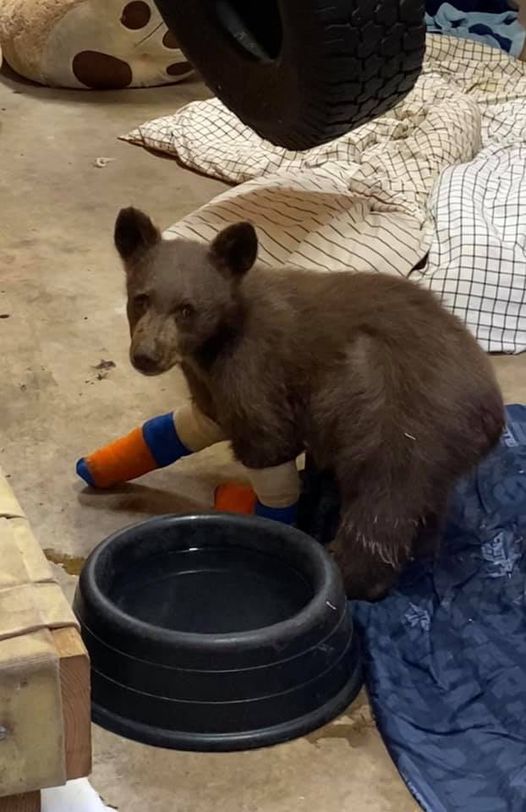 Tamarack was recently caught on camera taking a bath in a large puddle by one of Sielsch’s cameras. He wasn’t alone, though. Tamarack was accompanied by a toy bear figurine that he’d apparently discovered and befriended.

Here’s video of the pair in action:

The origin of the bear toy is unknown, but it is clearly something Tamarack treasures. Sielsch smiled when he saw them together.

“It was almost a perfect example of the playfulness of not only young black bears, but all bears,” Sielsch said.

However, the video above is just the most recent happy chapter in the life of a bear who had a rocky start. And, fingers crossed, the best is yet to come.

“Watching his progress as an orphaned and healing cub of the year, now yearling, against all odds makes my heart very happy,” Sielsch said. “It just goes to show how tough wildlife can be when it comes to surviving.”