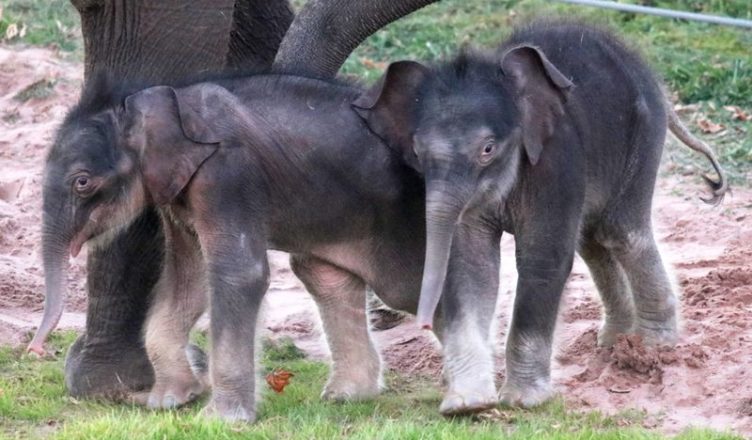 Syracuse, N.Y. — Twin male Asian elephants have been born at the Rosamond Gifford Zoo in Syracuse. 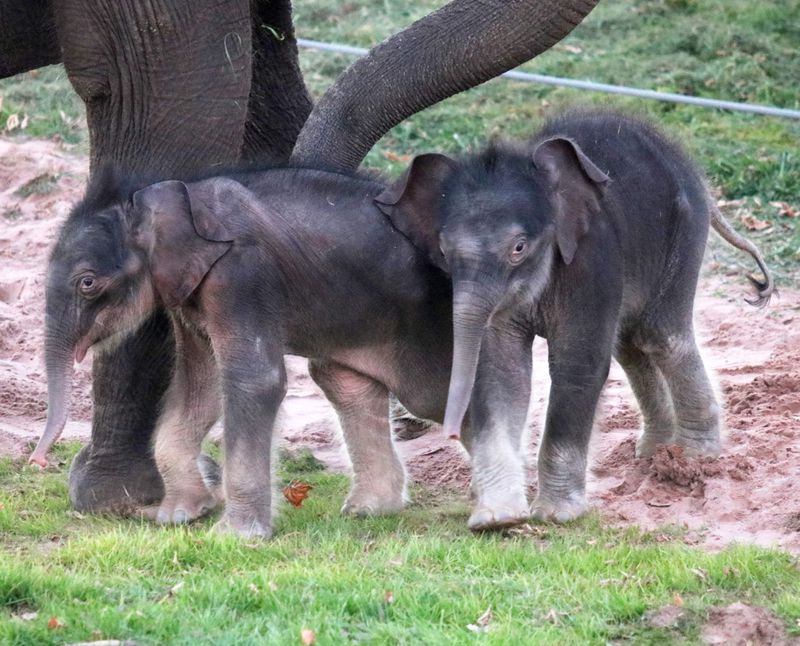 Twins only account for 1% of elephant births worldwide, according to a news release from Onondaga County.

There has never been a recorded case of surviving elephant twins born in the United States, county officials said. Of the few twin pregnancies that happen, many calves are stillborn.

Since the birth of the calves, the zoo’s animal care staff has been monitoring the twins to ensure they are both thriving.

The first calf was born around 2 a.m. Oct. 24 with no complications. He weighed 220 pounds.

To the surprise of the animal care staff, a second calf came 10 hours later. He weighed 237 pounds.

Because twins are so rare, the zoo staff was not anticipating twins when they were preparing for the mom, Mali, to give birth.

The staff could not tell the elephant was having twins after the ultrasounds, said Justin Sayles, a county spokesperson. Elephant ultrasounds cannot show the full image at once the way that ultrasounds on humans can, he said. The staff thought the mother was just having a large baby, Sayles said.

The second calf was noticeably weaker at birth than the first twin but the zoo staff was quick to treat the animal and his condition drastically improved, officials said.

“I can’t commend my team enough for all they have done these past few weeks to ensure the care and safety of Mali and her twins,” said Zoo Director Ted Fox.

In December 2020, Mali and the twin’s father Doc lost their two other calves to Elephant Endotheliotropic Herpes Virus (EEHV). The elephant population is now tested for EEHV twice a week.

Visitors will be able to see elephant twins at the Helga Beck Asian Elephant Preserve from 11-11:30 a.m. and 2–2:30 p.m. daily, according to county officials. Visitors can also see the elephants indoors at the Pachyderm Pavilion viewing.

The twins do not yet have names, Sayles said. They will have a naming competition in the coming weeks, he said.