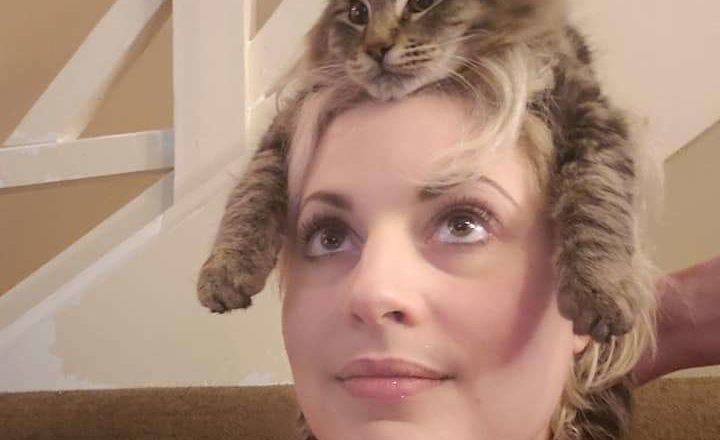 This is Freddy. Freddy’s a cat.Sometimes, though, Freddy’s also a hat. 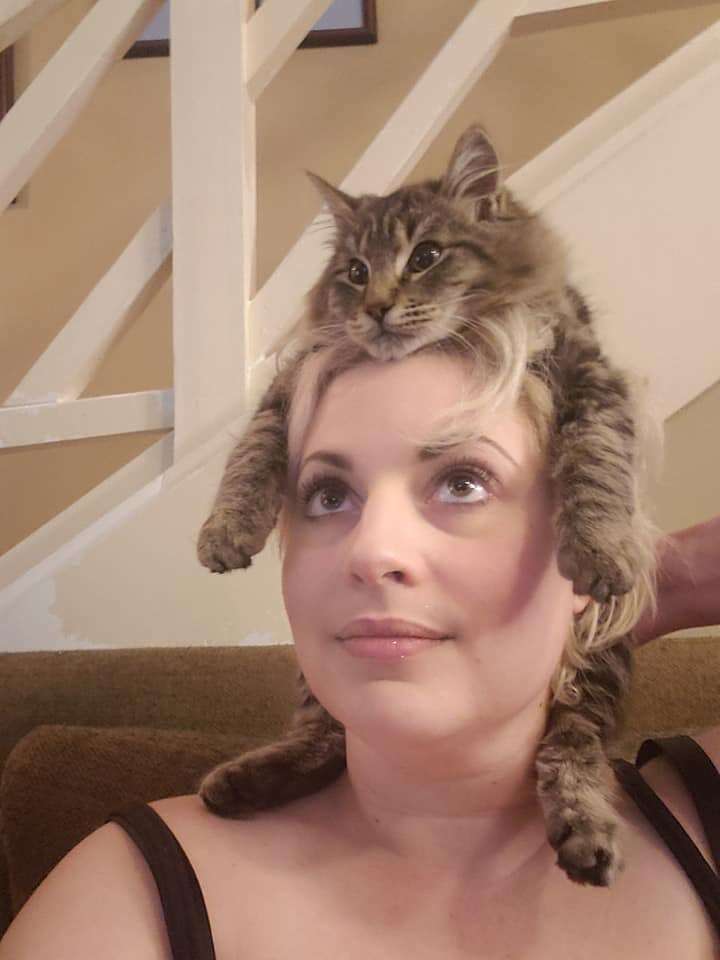 One day, Chelley Tunez was watching TV at home when her cuddly 5-month-old kitten began descending the staircase behind the couch. Rather than take all the steps down as he normally does, Freddy found a faster route to join her.

«He just peeked his little head [through the railing] and plopped his head on top of mine,» Tunez told The Dodo. «Then the little feet followed.» 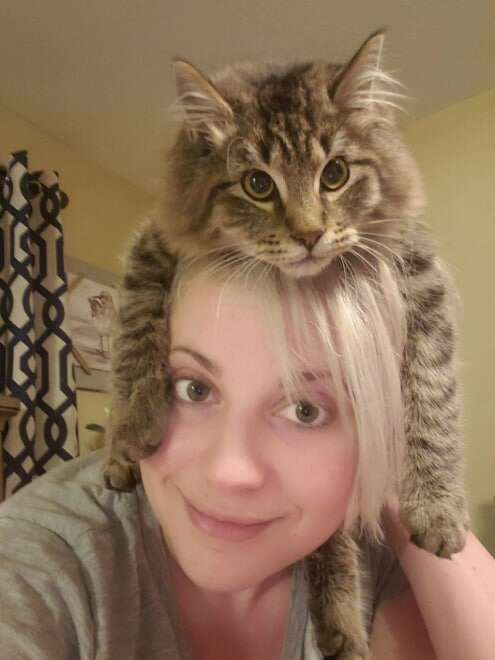 This previously-undiscovered resting spot evidently came as a delightful epiphany to Freddy. From that moment forward, the lap cat would now insist on being a cap cat.

«He does it at least once a night,» Tunez said. «He started doing it now to my husband as well.» 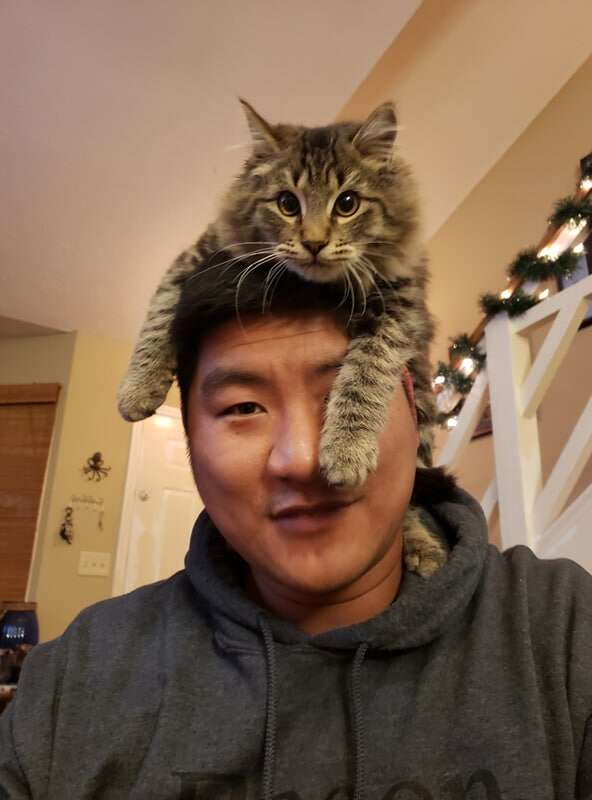 After Freddy settles into place, he’ll often spend 10 to 20 minutes perched atop their heads, just chilling.

Freddy tends to get so relaxed up there that he starts to slip off, so Tunez started using her hand to stabilize the rump of her cute feline hat.

«When he’s had enough, he’ll slide down the side of your head and wrap himself around your neck, like a stole,» Tunez said.

Though perhaps a bit unconventional, Freddy’s choice of resting spot is motivated by one thing — spending quality time with his friends. 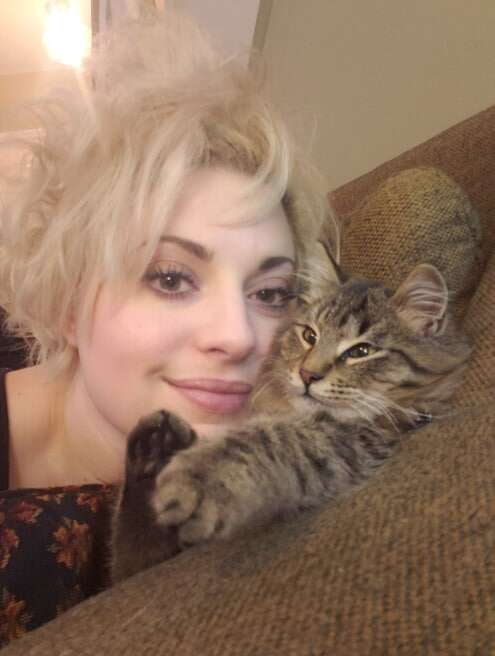