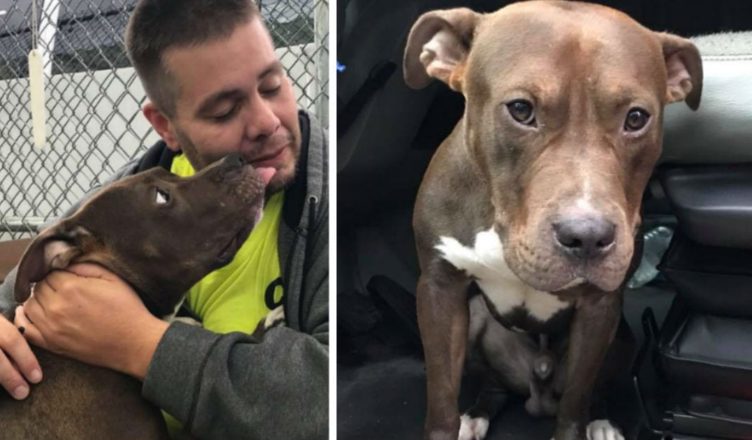 “I was pushing through traffic and calling the shelter every single day, and by the third day, they knew my number. They were like, ‘He’s still here, Mario, he’s still here!’” 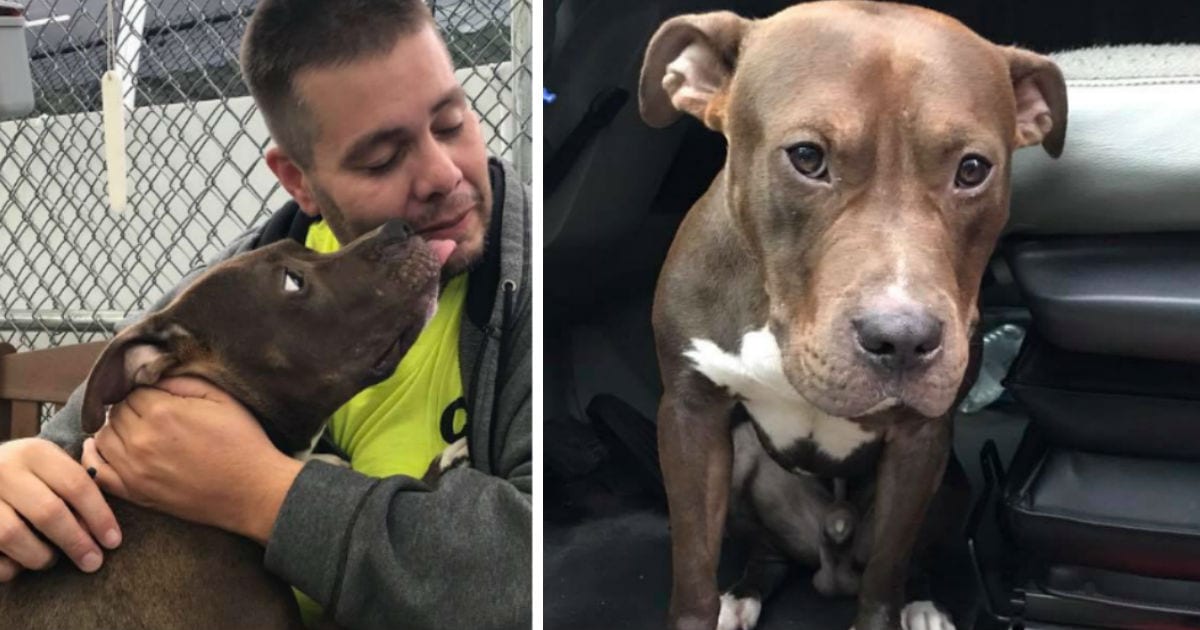 Mario Rodriguez has had pit bulls his whole life. Rodriguez absolutely loves the breed—every pit bull he has ever had has been as sweet as can be.

In 2018, Rodriguez lost his beloved pit bull King. Rodriguez had loved King more than anything, and he was devastated by his loss. “It felt like a part of my soul left with him,” he told The Dodo. “I couldn’t save him, but I’m gonna save a couple for him.”In August 2018, Rodriguez was making a delivery in California when he received a text from his wife. She sent him a link to a pit bull who was up for adoption in New York.

Rodriguez fell in love with the pit bull, Hickory, the first moment he saw him. Rodriguez immediately decided that he wanted to adopt this sweet dog. That feeling got even more urgent when he learned that Hickory was on the shelter’s kill list. Rodriguez contacted his employer, and thankfully, they were able to schedule a delivery route for him that went through New York. Then, Rodriguez started driving the 2,800 miles cross-country. He called the shelter and told them he was coming, but he was still terrified they would euthanize Hickory before he got there.

“I was pushing through traffic and calling the shelter every single day, and by the third day, they knew my number,” Rodriguez said. “They were like, ‘He’s still here, Mario, he’s still here!’” Finally, after six days of non-stop driving, Rodriguez reached the ACC Shelter in Brooklyn. Hickory was waiting in his kennel.

“I parked my truck and rushed inside,” Rodriguez said. “As soon as Hickory saw me, he literally almost jumped through the kennel door. I said, ‘That’s it, buddy! We’re going home!’” Rodriguez was amazed by how quickly Hickory bonded with him. It almost seemed like the dog had been waiting for him!

“It just looked like he was expecting me,” Rodriguez said. “It was so weird. We had an instant connection. I’ve never had a dog get attached to me that quickly in my whole life.”

After filling out all the adoption paperwork, Rodriguez and Hickory headed for Rodriguez’s home in Georgia. As they drove down the East Coast, the pair bonded even more. Rodriguez was so happy that he drove across the country to save Hickory—it was clear the two of them were meant to be together.

When Rodriguez got home to Georgia, he introduced Hickory to his two other pit bulls, Cooper and Angel. The three brothers all got along, and they quickly started playing together.

Soon, it was time for Rodriguez to hit the road again. Since Hickory and Rodriguez were so bonded, the family decided that Hickory should be his co-pilot. Hickory loved the idea!

Hickory has now been with Rodriguez for about six months, and he’s loving his life on the road. Hickory enjoys seeing the country with his dad, and he’s also a big fan of barking at all the cows and horses they pass.

Rodriguez is planning to retire in about five to six years, and his dream is to start a pit bull rescue. For now, though, he and Rodriguez are simply enjoying their life on the road together. If you want to see more photos of Hickory exploring the U.S, check out his Facebook page!