Top 13 Reasons Tardigrades Are Super Animals
In April 2019, thousands of dehydrated tardigrades, human DNA samples, and other cargo were sent to the Moon. But the pod crash-landed, and the project developers are convinced that these tiny organisms may be the only ones who survived the mission. Tardigrades, also often called “water bears,” are microscopic creatures that can survive in almost any environment. It is known that scientists managed to bring tardigrades back to life after 30 years of deep freezing. Being extremophiles, tardigrades shut down their metabolism and survive in harsh environments for very long periods.

Tardigrades can withstand pressure comparable to an asteroid falling on Earth, so an emergency landing, like the one that happened on the Moon, is nothing for them. These creatures are theoretically capable of living on the Moon for decades. Fascinating, isn’t it? Here are some more extreme facts about the hardiest creatures on our planet.

1. Tardigrades were first discovered in 1773 by a German pastor named Johann August Goetze. In 1776, the Italian biologist Lazzaro Spallanzani gave it the Latin name Tardigrada, which means “walking slowly.” 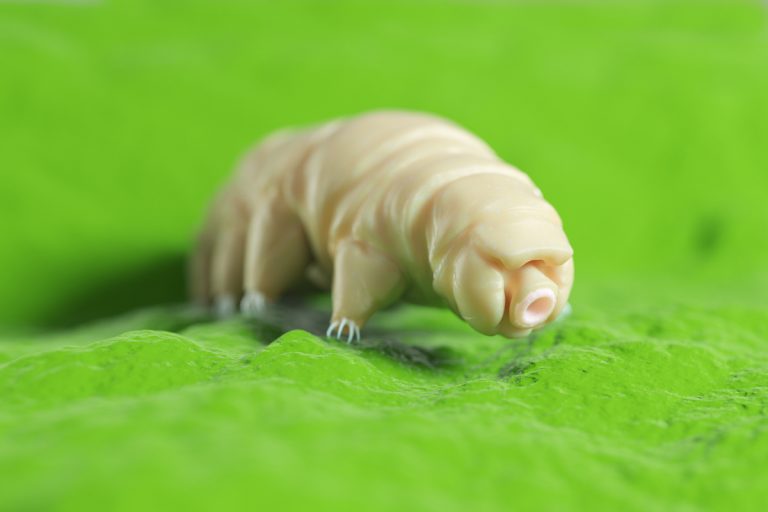 3. Tardigrade babies are born with a full set of adult cells. They do not grow by cell division. Their cells simply increase in size.

4. Tardigrades have been living on Earth for about 530 million years.

5. Tardigrades are tiny, microscopic animals with segmented bodies. They reach about 0.5 to 1 mm in length. They have four pairs of legs, each with 4-8 claws resembling bear claws. For this feature, they are often called “water bears” or “moss piglets,” as they are often found in moss.