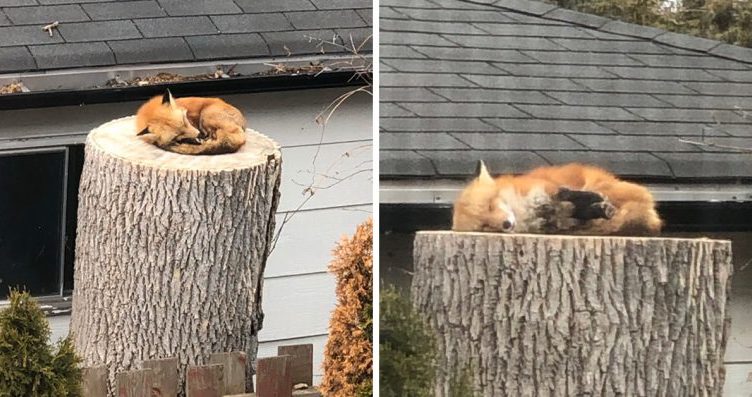 Canadian couple was recently visited by an unexpected but adorable little guest. 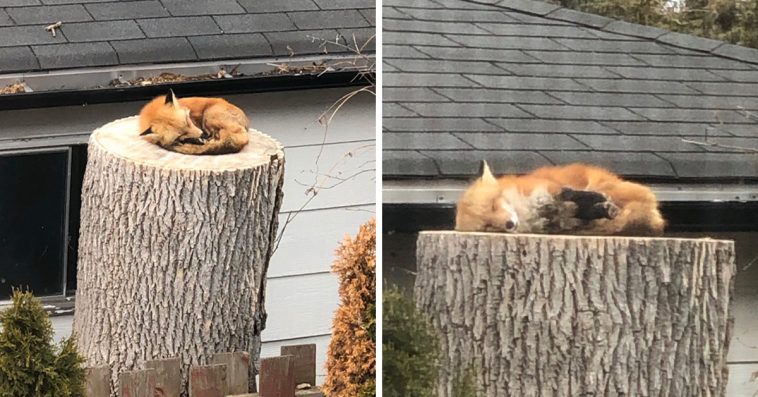 Looking out of their window, the couple was treated to a beautiful scene that looked like something straight out of a fairytale; a little fox had fallen asleep on top of a tree stump in their back yard.

The fox had curled up on top of the large, tall stump and looked to be sleeping soundly. 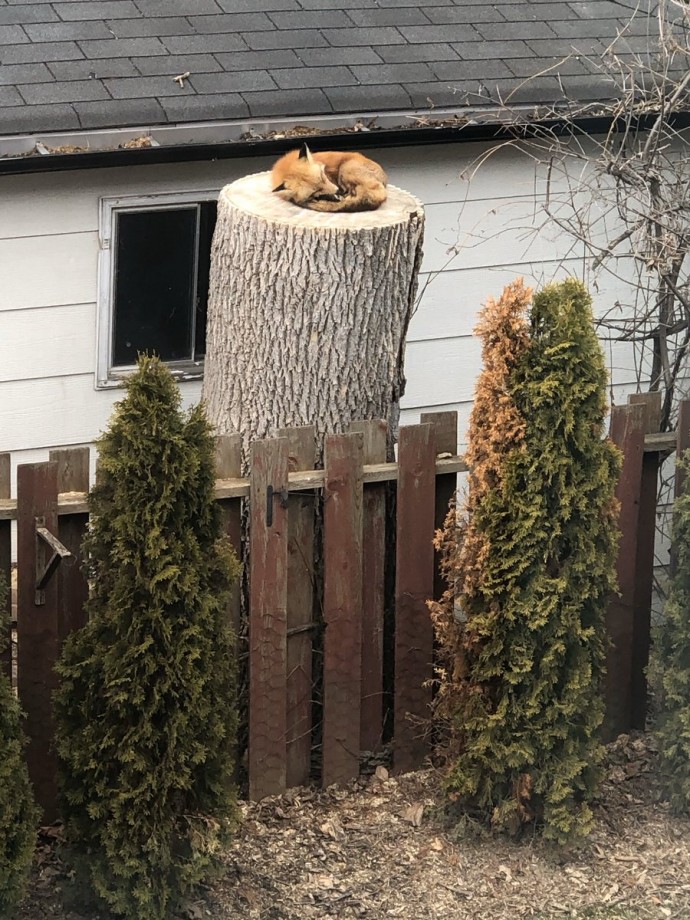 The couple’s daughter, Sara Ryan, received a picture of the little fox and realized that she had to share this unbelievably precious moment with the rest of the world.

She shared the picture on her Twitter, and people could barely contain their joy. Soon, thousands of people were gushing over the sweet little fox. 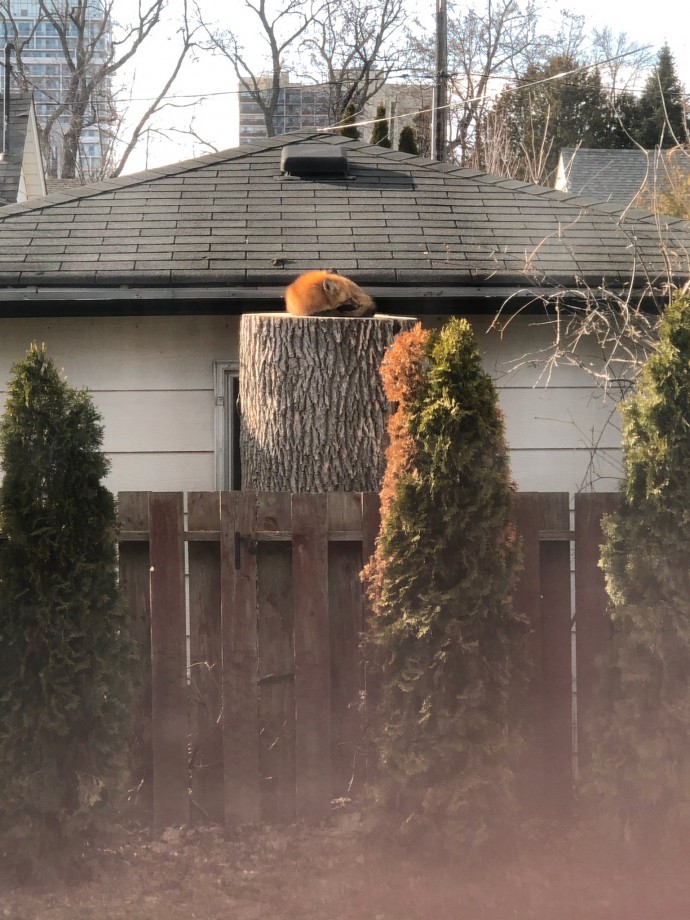 After posting the initial picture, Ryan shared a second picture of the ruddy little sleeper and revealed that her dad had nicknamed the fox “Nezuko.”

People just couldn’t get enough, and Ryan was more than happy to spread a little joy by sharing more pictures of the sleepy and adorable Nezuko.

The precious fox had no idea that one little nap could make thousands of people from all over the world so happy. 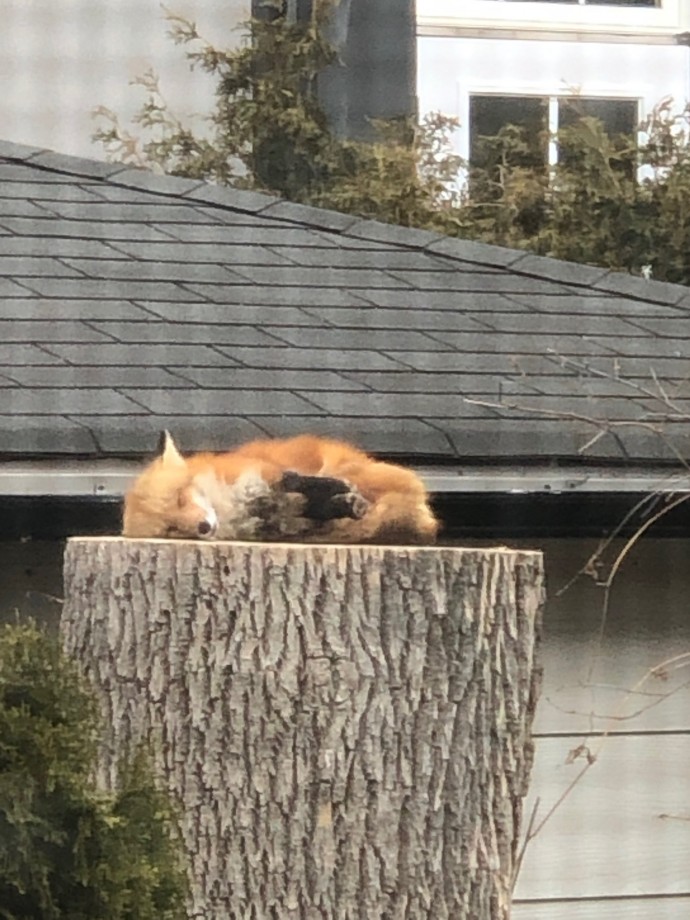 Eventually, Nezuko woke up from her nap and left, and it seemed like this was the end to Nezuko’s internet fame.

But the next day, the little fox returned!

It seems like Nezuko may have found a new favourite sleeping spot.

If they’re lucky, Ryan’s parents may be seeing a whole lot more of little Nezuko.

And hopefully, so will all of us who’ve fallen in love with the little fox.