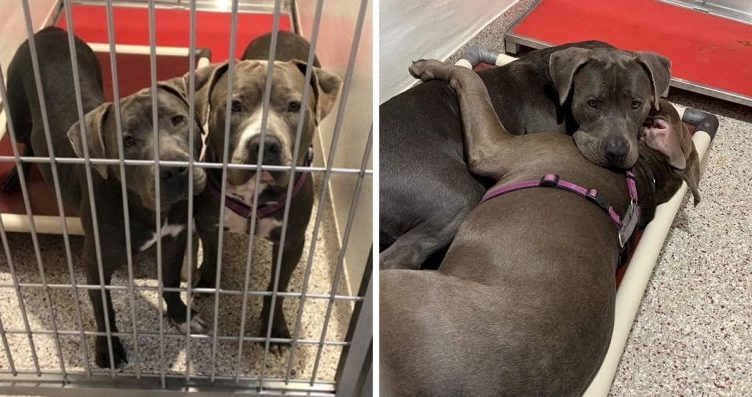 Some pups create bonds so strong that they become inseparable. 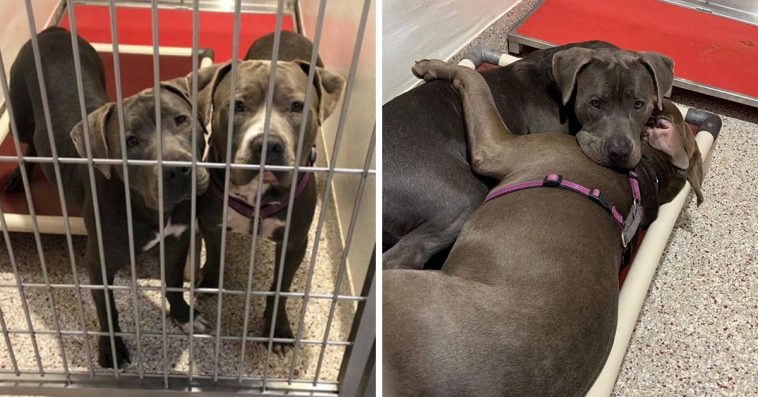 Pair bonded dogs are intensely attached to each other and can’t imagine life without the other.

Often, pups develop a pair bond to a sibling or other pup that they’ve spent significant time with and grown up together with. 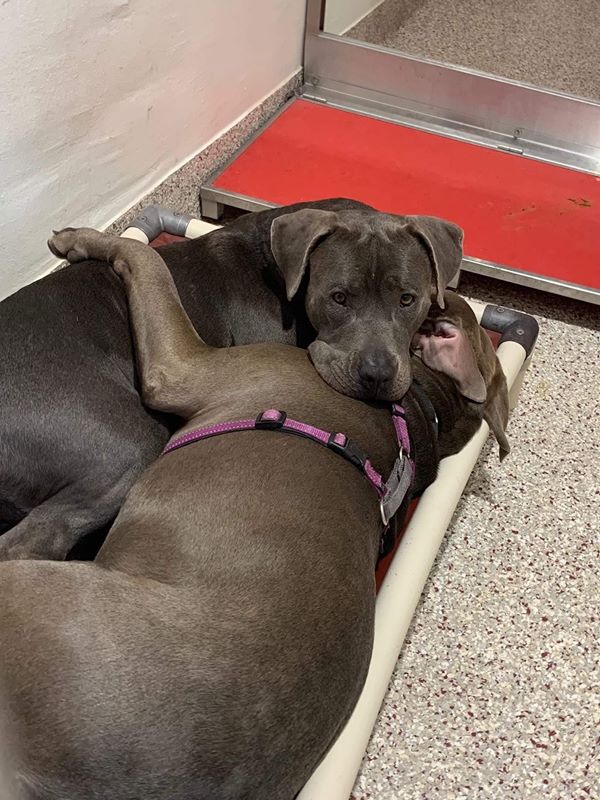 But pair bonds can develop without the pups having grown up together.

Such is the case for the two pit bulls Jukebox and Agatha who arrived separately to the Pima Animal Care Center in Tuscon, Arizona, but soon developed a very special bond to each other.

The beautiful stray called Jukebox arrived at the shelter first, and one month later sweet Agatha was brought to the shelter after her owners had to give her up. 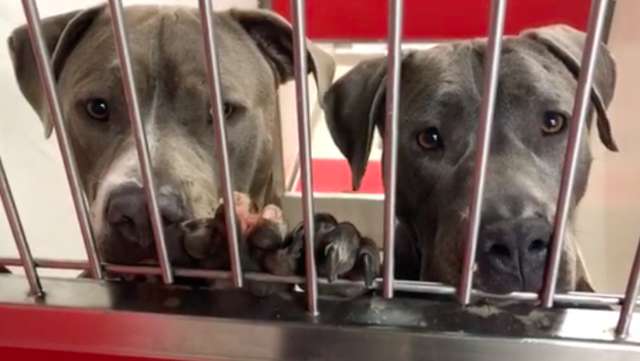 They were both sad, anxious and lonely, but that was about to change.

The pups soon met in a playgroup a the shelter, and they immediately realized that they were meant to be together. 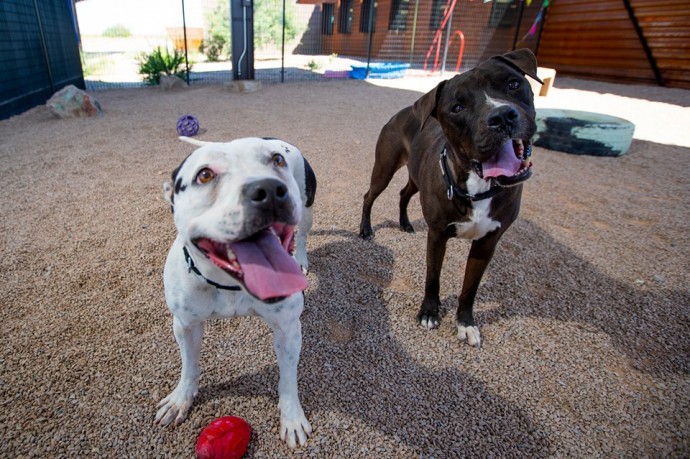 They very quickly developed a clear pair bond, and once they’d found each other, they both found it easier to adjust to life at the shelter.

Living at a shelter can be very stressful for some pups, and both Jukebox and Agatha were struggling with anxiety.

But now that they had each other to draw strength and comfort from, they found that there was nothing they couldn’t handle together. 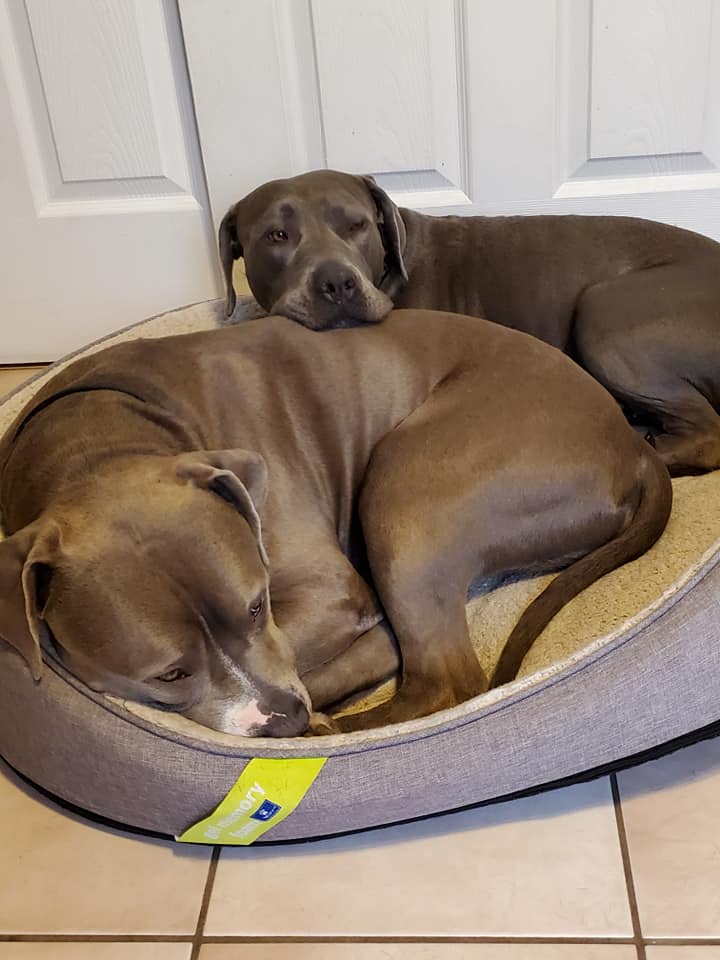 After the shelter staff realized the extent of Agatha’s and Jukebox’s bond, they knew that there was no way they could separate the pups.

They were like to two halves that would never feel whole without their missing piece.