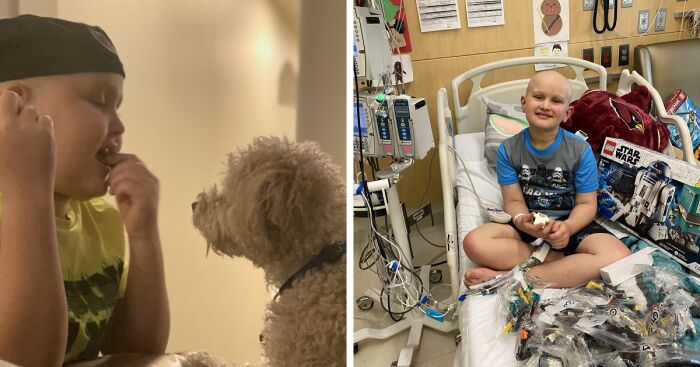 This boy’s story has been constantly updated by his parents on Facebook. He received his first diagnosis of cancer when he was about 2 years old. However, he somehow survived. After David’s second relapse, his family claimed that their dog “knew when he relapsed.”

“Our dog, Chai, started acting up,” the boy’s mother said, “he was guarding David’s door! Every time I passed by, he would growl at me. Chai never left his side!”

Eventually, David beat cancer. However, this family never knew what kind of a journey they would go through. David’s mother claimed, “Chai had started acting up again. I told myself, ‘it’s just in your head.’ But, it wasn’t. It was cancer again. Chai knew!” 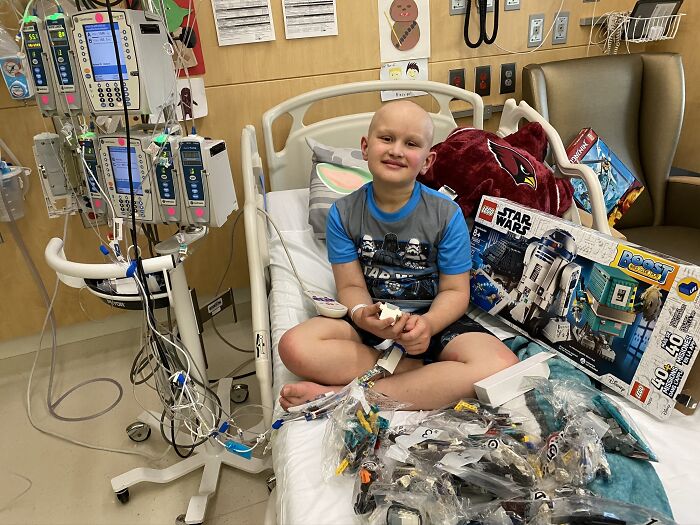 After a long journey, a new treatment came out where they removed the T-Cells from his body, making them able to fight off the cancer cells. It worked!

David got to go on a Make-A-Wish trip to Finland after this T-Cell Adventure. While in Finland, David’s stomach was hurting. His family assumed it was something he ate. 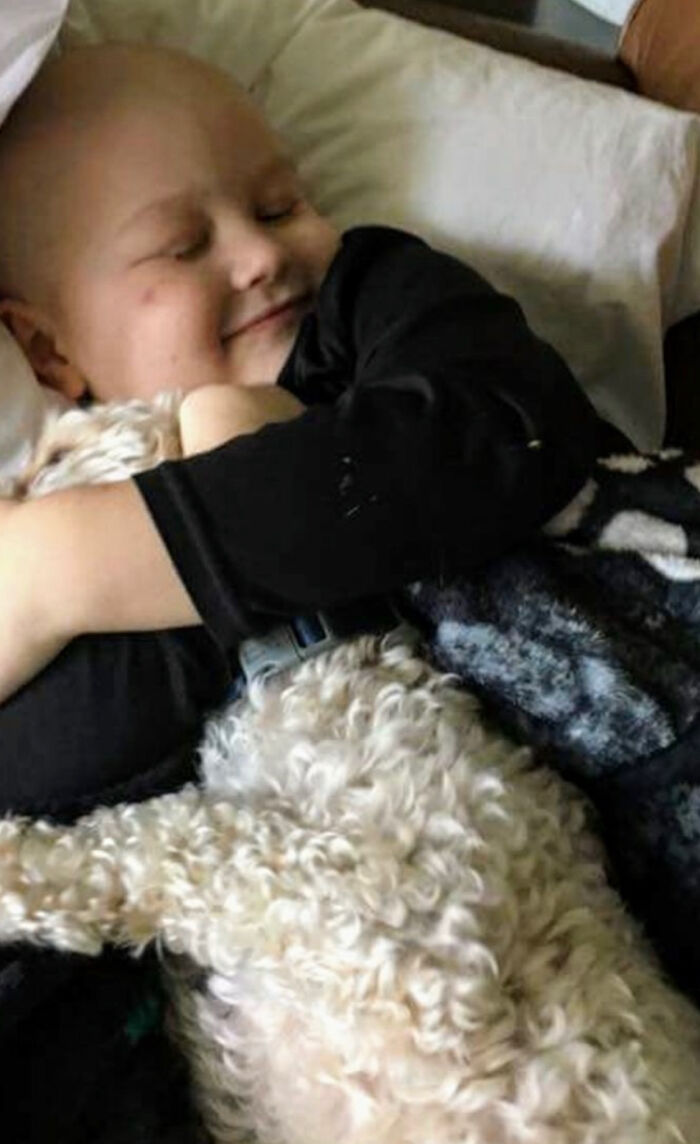 When they got home, they realized that it was, yes, you guessed it, cancer. He beat it once again.

While his sister and father were out of town, young David suffered from a seizure. He was rushed to the hospital. He had developed a brain tumor, losing all control of his right side, and also losing the ability to speak. Somehow, against all odds, he learned to speak and walk again.He had beat it, again! 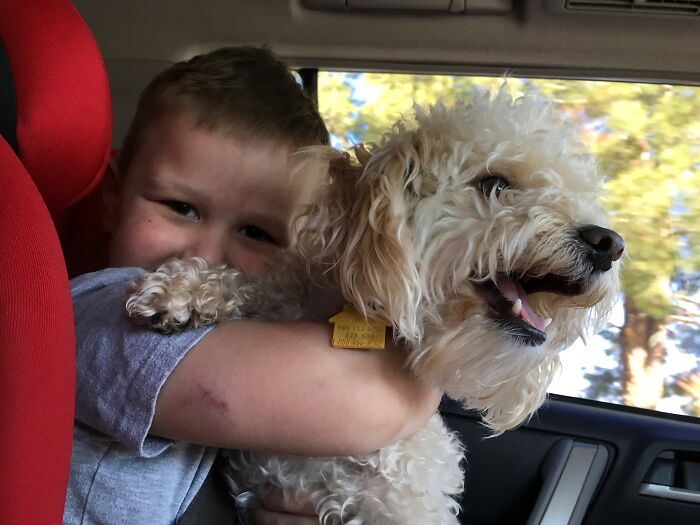 But, when Chai started acting up again, David’s family knew that he had relapsed. They found that they needed to take him to Seattle, Washington for a bone marrow transplant.

That year, COVID-19 hit the United States, majorly changing their trip. The family ended up staying for 8 whole months when they were planning on just staying 1-5 months. He beat cancer, ever thankful to the woman who donated her bone marrow. He still does not know who it was, but he hopes to find out soon.

It was a long adventure, but David is alive and well, living with his family and his dogs, including Chai