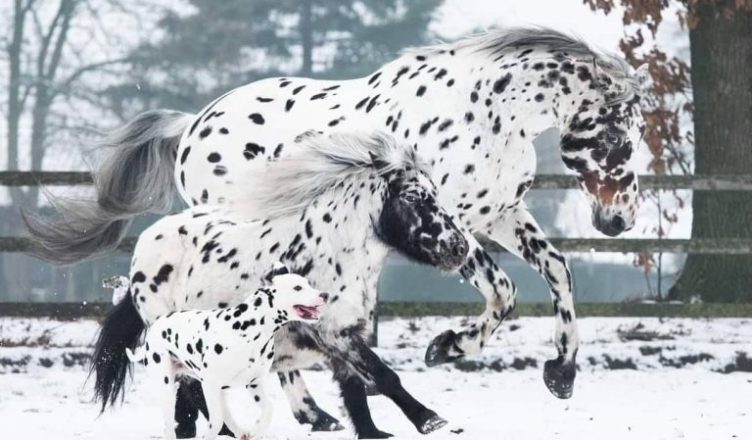 Meet the wonderful trio who look alike even though they come from different species. Made up of a horse, a pony, and a dog, this trio is in different sizes but looks the same with their spotted fur coats. 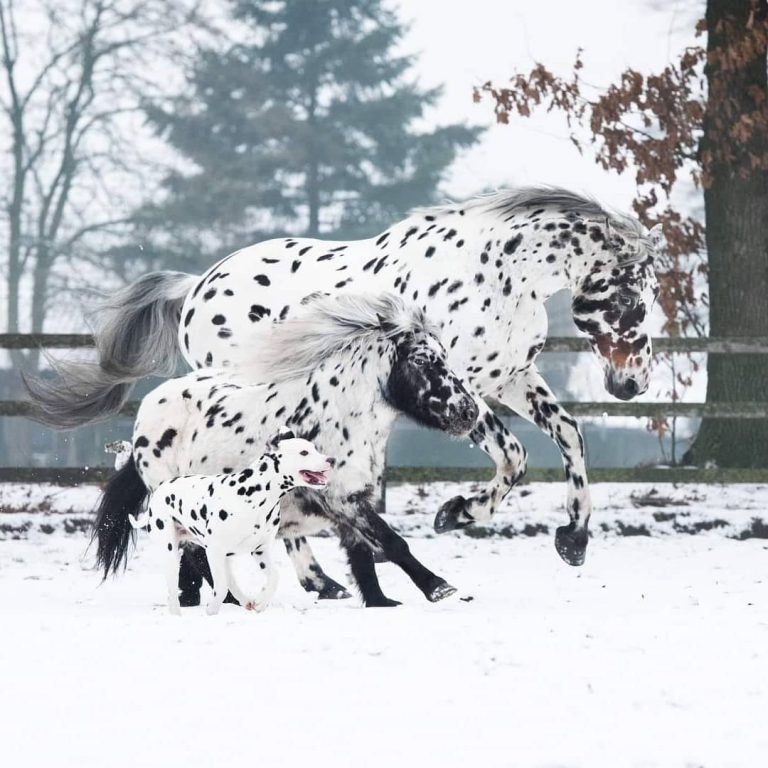 Part of Greetje Arends-Hakvoort’s family, they love hanging out and playing together despite their differences.

An appaloosa stallion, a Shetland pony, and a Dalmatian dog, they all live happily with Greetje. 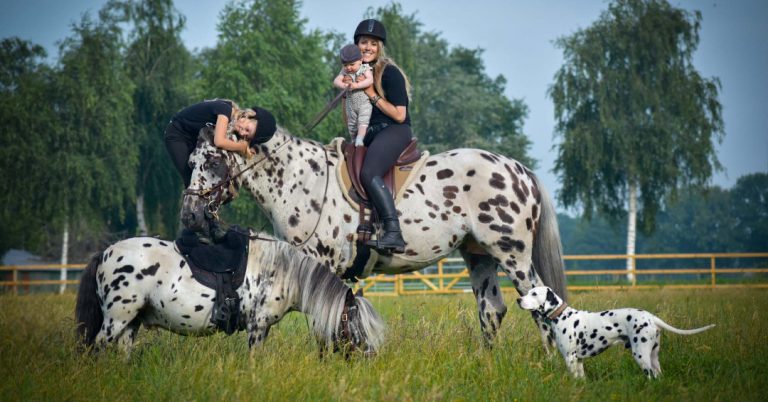 Greetje often takes the animals out with her seven-year-old daughter, Jolie. Jolie loves riding on the Shetland pony.

And here are the names and ages of the gang. The stallion is named Nevada. the pony is called Napolean, and then we have the Dalmatian, Jack Sparrow. 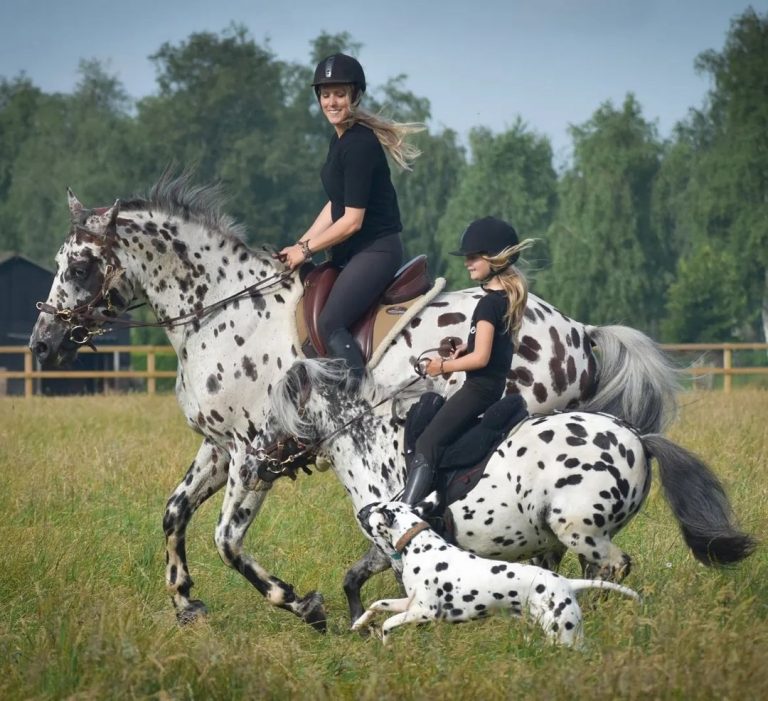 Talking with whatzviral Greetji said, “Nevada, my stallion is Brown Black and White-spotted 3 colors and Jack and Napoleon are Black and white spotted.”

“I have always wanted a Dalmatian dog and I love spotted horses so two of my wishes came together in a special way.” Greetji from the Netherlands said. 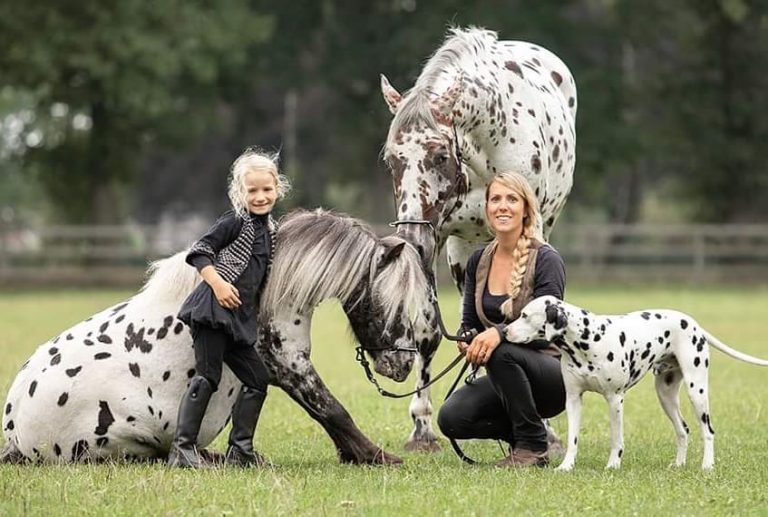 “People always smile when they see the three together; often people refer to the 101 Dalmatians film and it brings up nice childhood memories for them.” “Napoleon was actually born at the same time as Jolie so they grew up together and now they are the best of friends.”

“People always smile when they see the three together; often people refer to the 101 Dalmatians film and it brings up nice childhood memories for them.” 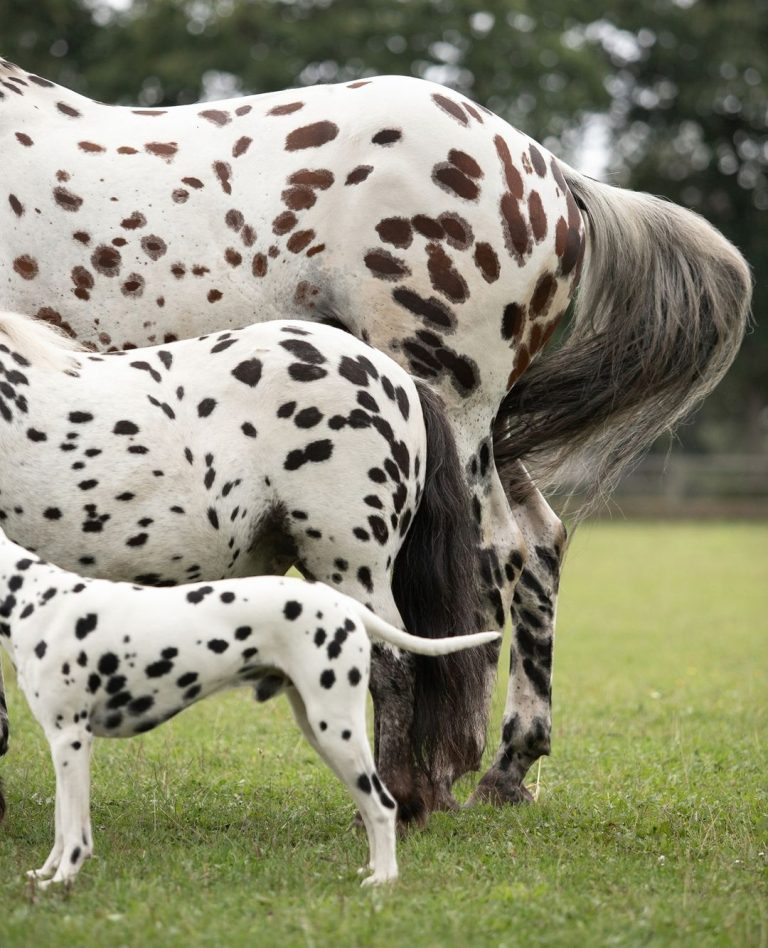 “When Jack was younger, he saw himself as one of the horses and he fits in perfectly.

Trust is the keyword here; horses thrive when trust exists and they need to feel comfortable and self-assured and Jack does exactly that.” 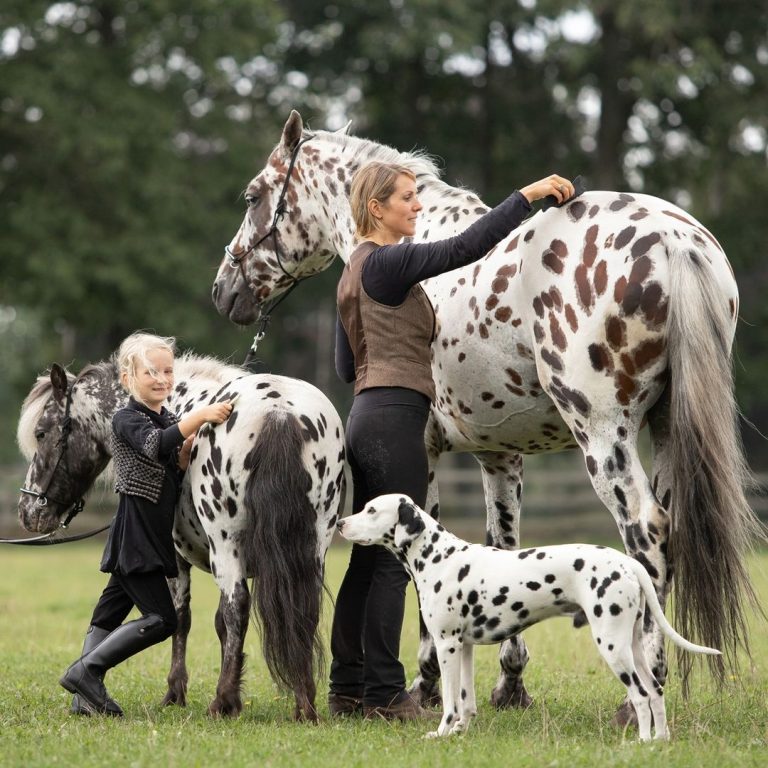 “There’s a lot of horse and dog love there between them. We have even more spots here now as the family is growing! We have three other horses and training them is my passion.”