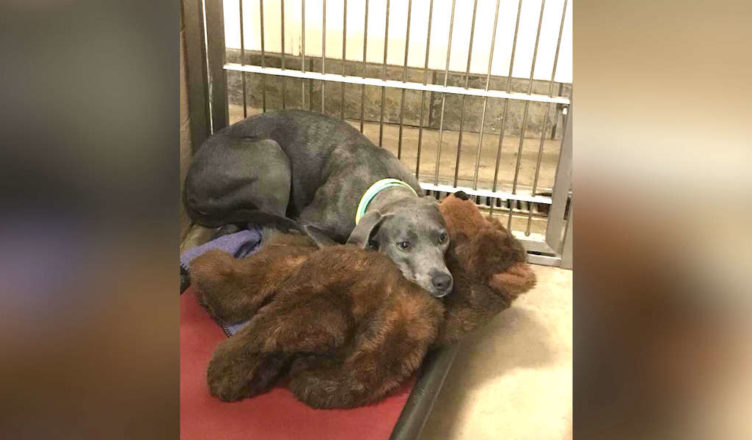 A Blue Lacy dog clung to her teddy bear for comfort after she was surrendered to a Texas shelter. 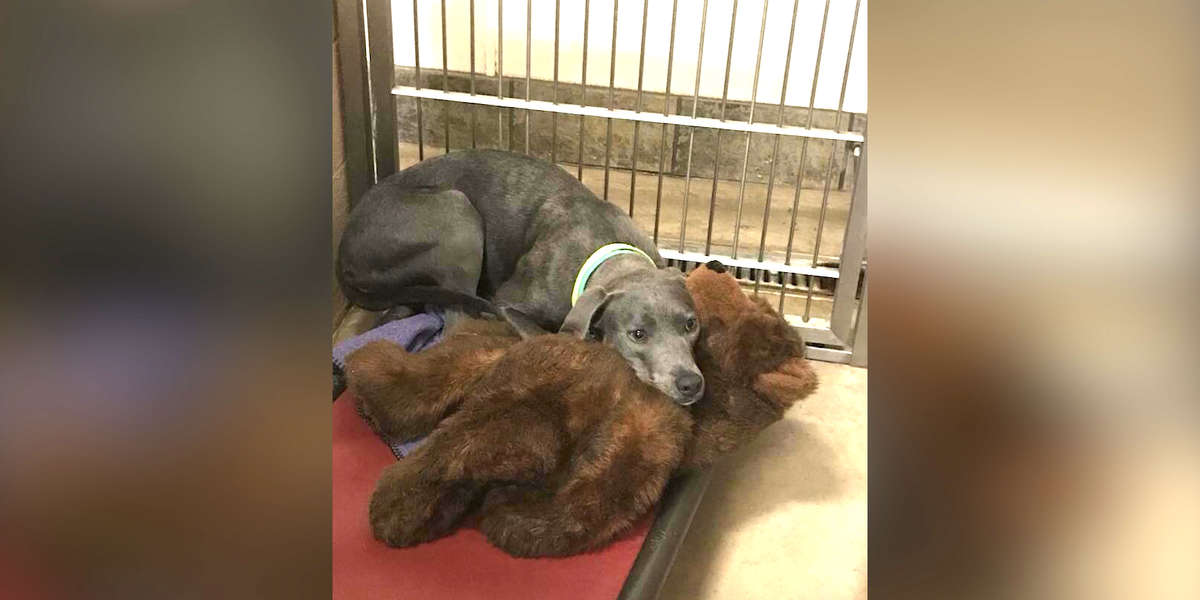 At only 1-year-old, Ellie had been spayed, had all her shots and was microchipped, but for whatever reason, her family decided to give her up and left her at a high-kill shelter near Dallas, Texas.

That’s when she came to the attention of Jennifer Jessup, an independent dog rescuer in New York City. Her brother had asked her to be on the look out for a Blue Lacy, and Jennifer spotted Ellie when she was searching online. She immediately contacted TAGG Rescue, out of Dallas, who helped her get Ellie out of the shelter and arrange for a temporary foster home. 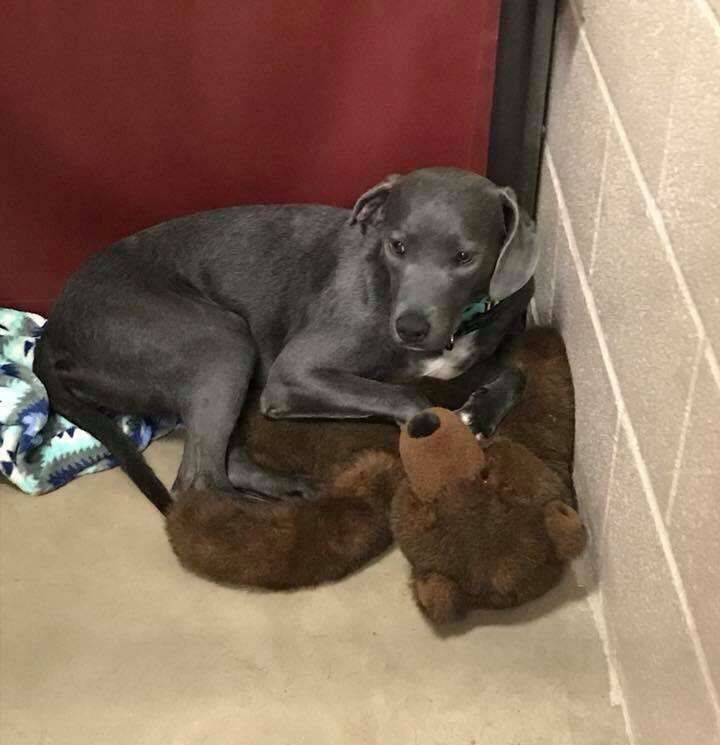 A friend of Jessup’s went to pick her up and found Ellie still snuggling with her teddy bear.

“She was so scared, and she was just clinging to it,” Jessup told the Dodo. “It was the only thing she had.” 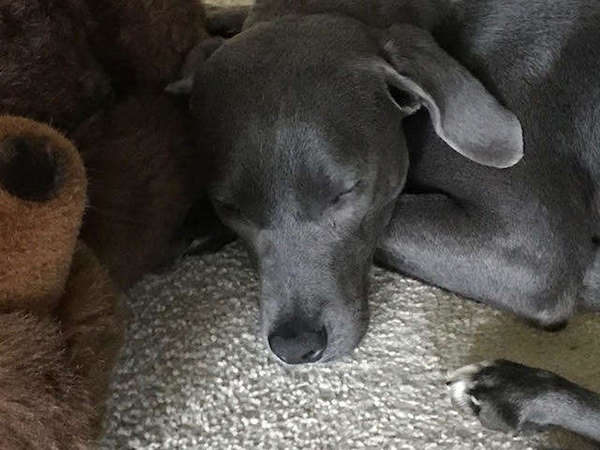 When Ellie was picked up she was immediately vetted and went to a foster home until transportation could be arranged to move her to Florida, where Jessup’s brother lives. Through it all Ellie continued to cling to her teddy bear.

A few days later, it was time for Ellie to drive to Florida and TWD Transport helped with that. After an exhausting trip, Ellie was tired and a bit frightened, but Jessup has every confidence she’ll come out of her shell. 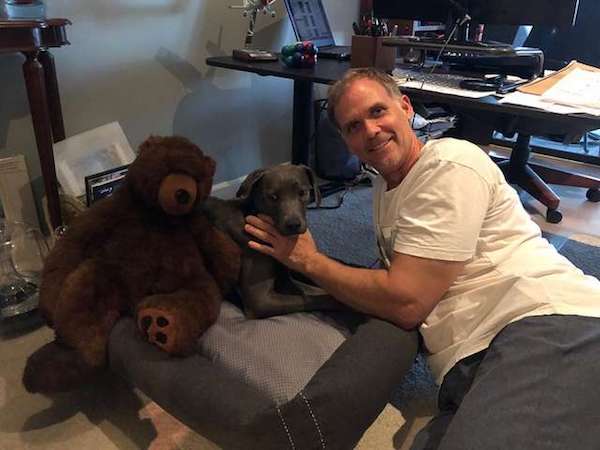 When dogs are frightened at such a young age, they need lots patience and reassurance from their humans to make sure they know they are in a safe place.

Given the effort and care Jessup and her family are giving Ellie, we’re confident she will learn to relax and trust the people around her.

Ellie is going to be so well-looked after and so loved, she’ll soon have someone else to snuggle with other than her stuffed toy.