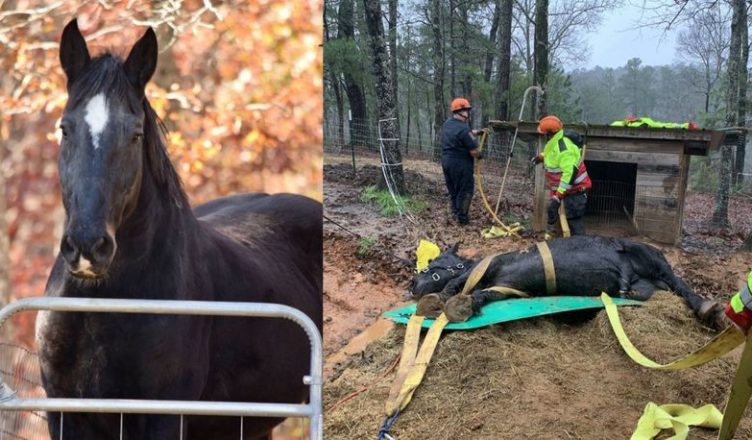 When Casey Montana went to greet her large draft horse Dutton on Thursday morning, she realized that he could not bring himself to stand up. 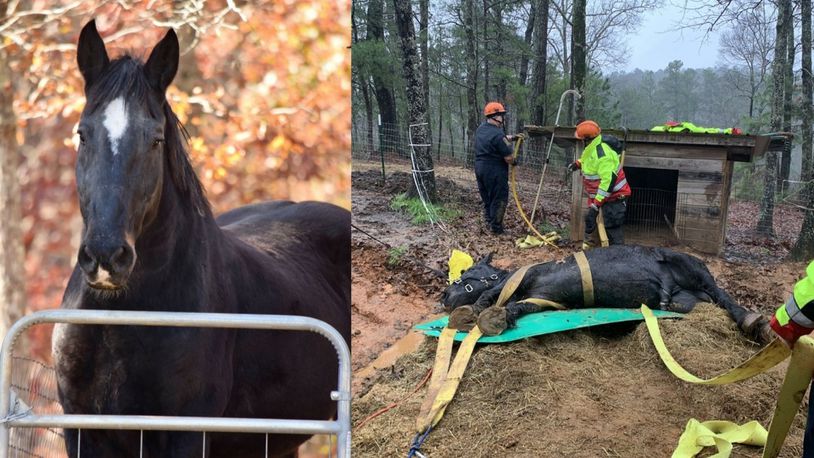 While lying inside his stall in his quarantine pasture at WarAngel Farms, an equine rescue and rehabilitation facility in Cherokee County, Dutton’s leg had fallen asleep underneath his belly.

Since he was unable to roll himself over and set his leg free, Montana decided to call the Cherokee fire Large Animal Rescue Team for help. 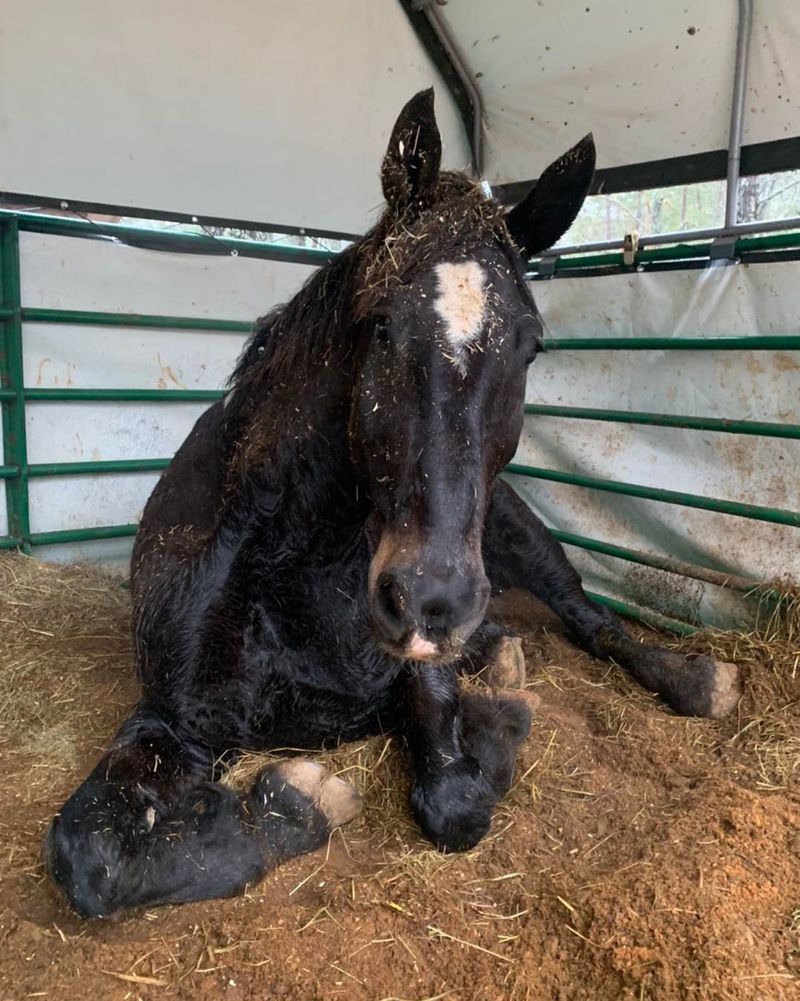 “I decided to call for help because I couldn’t roll him over. It’s just me, you know, 2,000-pound horse versus 130-pound girl,” Montana, who is the director at WarAngel, told The Atlanta Journal-Constitution via phone Friday.

Dutton patiently cooperated with the crew that arrived at the farm around 11 a.m. They began by completely taking apart Dutton’s temporary stall so they could access him and have enough room to flip him, Montana explained.

The rescue team and Dutton’s veterinarian, Dr. Ashley Davenport, then began to put straps around the horse to help him free his asleep leg, get it moving and eventually stand up. Dutton was checked by Davenport after being rescued and has been doing fine.

“I think he just knew that everyone was there to help him,” Montana said. “I was just talking to him. I was praying over him. And he’s not the biggest fan of men in general … but you know, due to the circumstances, he had like eight men around him, and he just laid there calmly and he handled it so well.”

Dutton came to the farm in November after being rescued from a kill pen in Texas after he previously worked on an Amish farm. Montana explained that she instantly connected with Dutton and has been working with him to become more social with the other horses and donkeys at the farm.

“I just saw his eyes and I knew he was special. And we raised the money to save him and got him here. He’s just the biggest love bug,” she said.

Dutton has had multiple past stressors, including being blind in one eye and having trauma to his right legs, so Montana said she is proud of how well he behaved Thursday. More than 24 hours after the rescue, he has been relocated to a flat paddock in case he decides to lie down again.