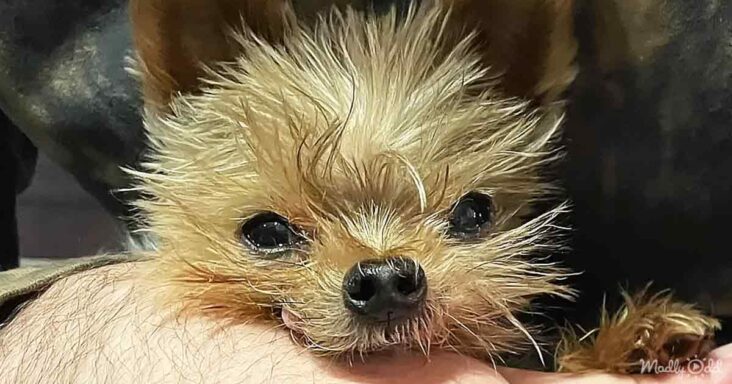 When Pipsqueak the dog first arrived at his foster mom’s home, the veterinarians had only given him six months to live. Eight years later, he was living a happy life with the same couple.

Kelsey and her partner had just moved from Wisconsin back to Indiana when Kelsey took over foster care of the tiny dog. “It was supposed to be a temporary foster, and we ‘foster failed’ pretty fast,” said Kelsey.

Before he found his new home, Pipsqueak had lived in a puppy mill, which accounted for his tiny size of 1.8 pounds and the genetic abnormalities that made it difficult for him to move around. 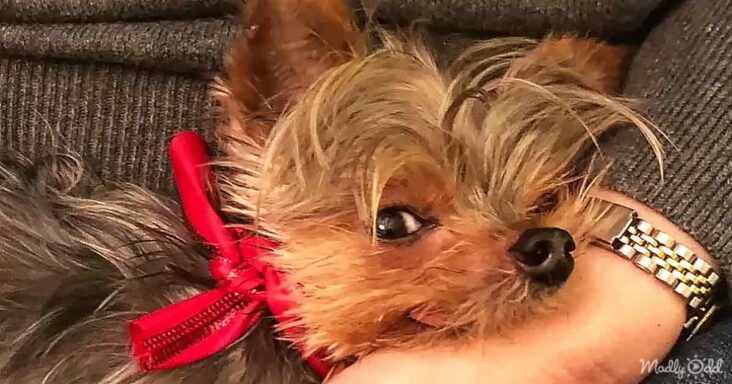 Kelsey and her partner knew they might be bringing home a dog that would not have a long lifespan, but they were committed to giving the special needs dog as long and as happy a life as possible.

But Pipsqueak’s size was not the only trait that set him aside from the rest. He also sounded like no other dog Kelsey had ever heard. “We say she barks like a duck, but she quacks at us,” said Kelsey. 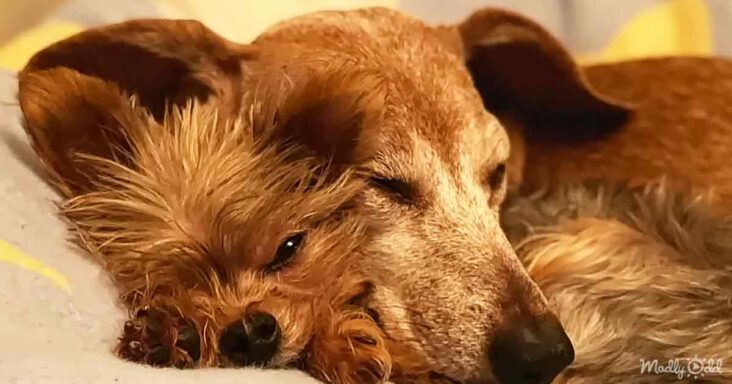 After Kelsey and her partner adopted Pipsqueak, the trajectory of their lives changed forever. “She started a chain of events in our lives that we never would have expected,” said Kelsey. “Since we had her, we’ve adopted six additional small dogs that are either senior, special needs or have behavioral issues.”

Thanks to Kelsey and her partner’s compassion and continued devotion to all of the animals in their lives, these dogs found homes where they could get the love they deserved. “It’s so worth it,” said Kelsey.