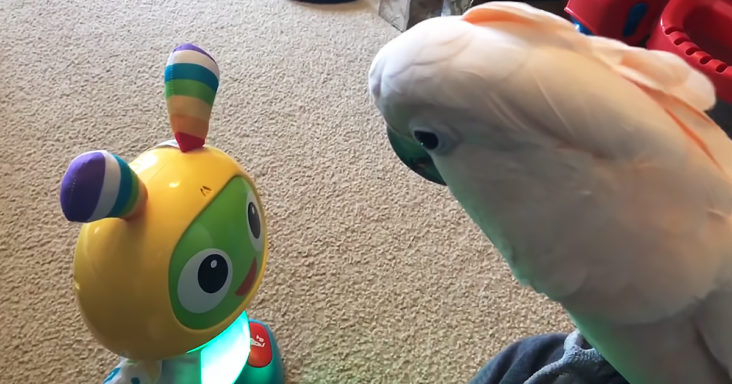 Gotcha, the cockatoo, rescued and adopted by Katie Vannoy, was introduced to a new toy. His reaction to it is nothing short of adorable.

Katie was a bird lover and took good care of the Moluccan cockatoo, whom she named Gotcha. He earned this name because he always used “I got you” and “I gotcha.”

Gotcha was initially scared of everything in the house. However, Gotcha started to understand that there was no need to get scared with time. Katie taught her bird that not everything that moves, makes noises, or lights up is scary. 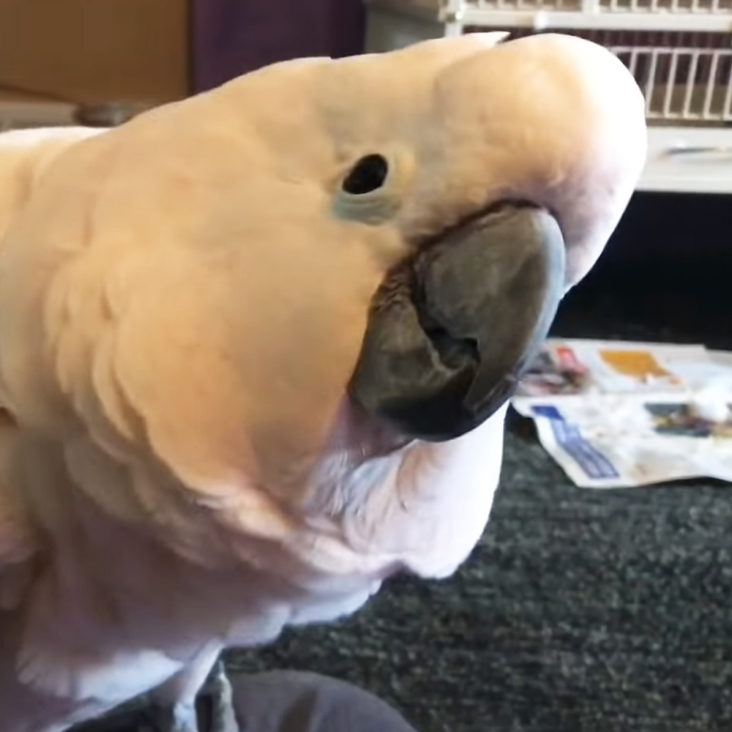 Katie recently brought a fun toy for her son Oliver. The dancing toy could move and make sounds and light up when it danced. But, when Gotcha saw the bird at first, he was scared.

He ran to Katie as she was his safe haven. However, the bird soon swayed his head from one side to the other, dancing to the music played by the toy. In a matter of seconds, Gotcha’s reaction switched from scared and defensive to a calm bird.

Gotcha often sits and looks at the toy without being bothered by it anymore. He knew that it would not hurt him even if the toy looked scary. He also trusted his owner that she would never allow anything to hurt him.

Katie was proud that Gotcha was not scared anymore and called him a brave boy. She even recorded a message for him on the toy that said she loved him. The bond between Katie and her bird was really precious and beautiful. 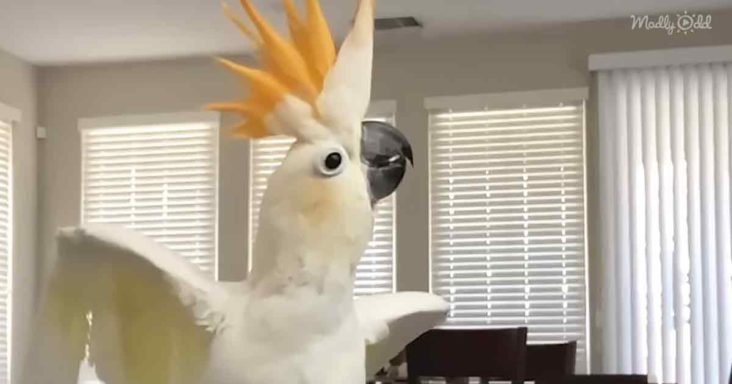