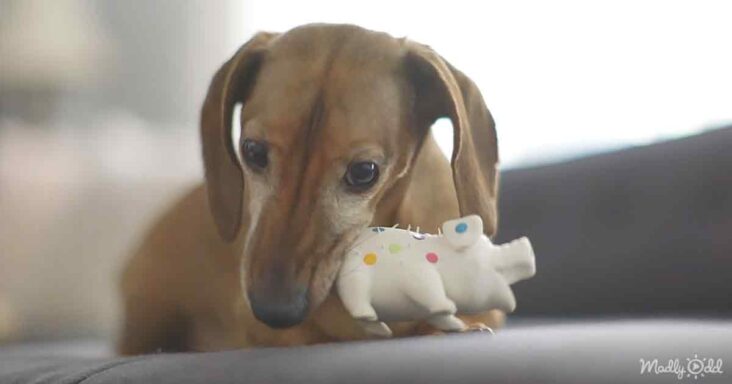 The video begins with a small dog in the frame. His name? Finn, the dachshund! In his younger years, Finn used to play with his favorite pig squeaky toy all the time, but sadly, he can’t play with him anymore.

Finn begins to walk toward his owner, but his owner tells him to wait and then asks, “what’s this?”. She holds out a squeaky toy, and sure enough, it’s the beloved squeaky pig.

Affectionately referred to as Piggy, we’re never told why the toy went away. Perhaps the squeaker stopped working, or maybe this new Piggy is a copy of the original Piggy. 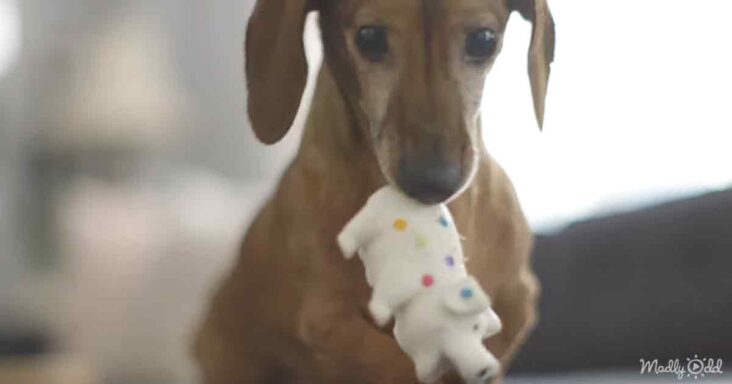 The description seems to imply that the original was destroyed. Either way that doesn’t seem to matter much to Finn, who’s absolutely overjoyed to see the toy. Finn begins to whine as he picks up the toy in his mouth.

Nostalgia is kicking in; “He hasn’t made this sound in nearly 5 years.” The video alternates between Finn playing by himself and the owner giving the toy a few good squeaks. 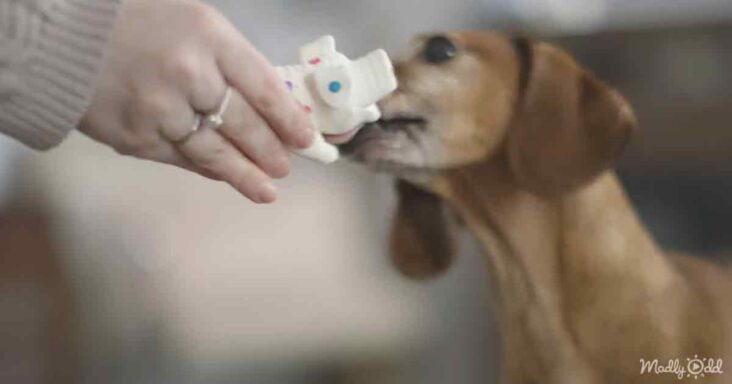 It’s often said that dogs are very smart animals, and Finn certainly isn’t the exception. He seems to play quite gently with the toy, and some viewers hypothesize that he doesn’t want to ruin the new toy.

Still, if mom has managed to find another one, she’ll probably be able to replace Piggy once its time comes. For now, just enjoy the reunion, Finn; you’ve been waiting long enough!