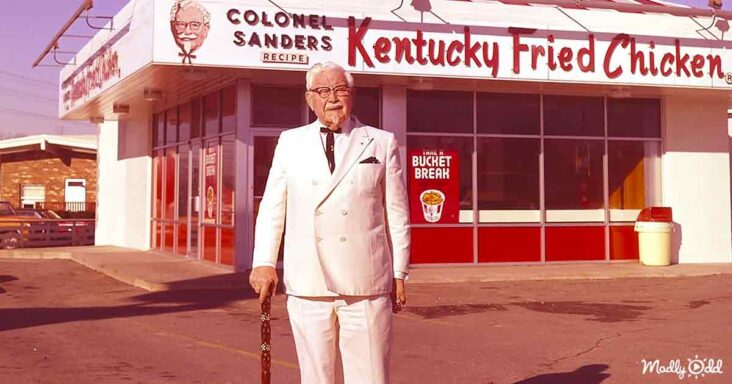 Colonel Harland David Sanders is best known as the mastermind behind the world-famous fast food chain Kentucky Fried Chicken, also known as KFC. He later became the company’s brand ambassador after the sale in 1964, and his image remains the symbol of the franchise today.

Harland David Sanders was born on the 9th of September, 1890, not far from Henryville, Indiana. Harland was the oldest of three children born to Wilbur David and Margaret Ann Dunlevy Sanders and had a very traditional life growing up on his parent’s farm.

Sander had numerous jobs in his early life, ranging from a steam engine stoker to an insurance salesperson and even a petrol station operator. He first sold fried chicken from his roadside restaurant in North Corbin, Kentucky, during the great depression. 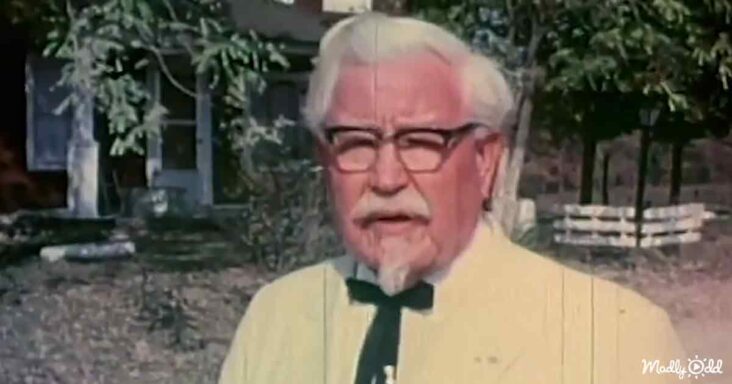 During the time of his roadside restaurant, he developed his secret blend of herbs and spices, which gave KFC its signature taste, and went on to patent his method of cooking chicken in a pressure fryer.

He soon released the potential of the restaurant franchising concept, which is when the secret recipe was leased to Pete Harman, who owned one of the most renowned restaurants in South Salt Lake, Utah. 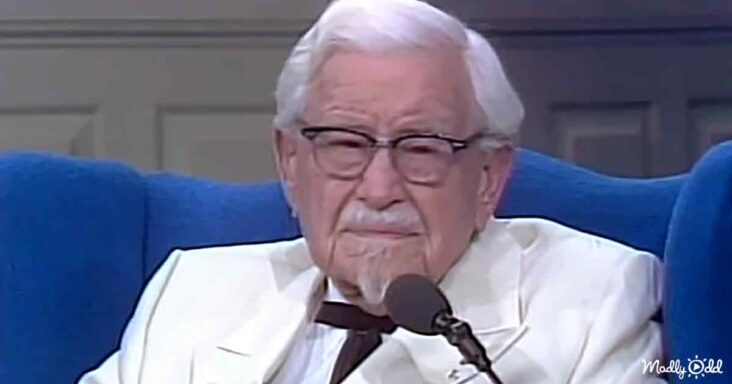 When he sold his restaurant in North Corbin, thanks to a new road directing the customers elsewhere, he would go on to devote all of his time to franchising his fried chicken nationwide.

Sanders opened a new restaurant and company headquarters in Shelbyville in 1959. Sanders would visit restaurants, offer to cook his chicken, and if it was liked, they would negotiate franchise rights. After some time, potential franchisees would come to Sanders. It became so popular that by the mid-1960s, there were KFCs in Canada, The U.K, Australia, Mexico, and Jamaica.

The rapid expansion and interest in the signature chicken became too much for Sanders, so in 1964, at 73 years old, he sold the company to a group of investors led by John Brown Jr and Jack C. Massey for $2 million, which is worth about $17.5 million today.

He retained control of the operations in Canada and became a salaried brand ambassador for Kentucky Fried Chicken, an image that remains associated with the franchise to this day.

In later years he began to criticize the food served at many of the restaurants, as he believed that by cutting costs, the standards started to drop nationwide.

The title Colonel was awarded to him by the commonwealth of Kentucky, the highest award possible for a civilian.

It is not a military rank as many have assumed. Sanders was diagnosed with acute leukemia in June 1980 and passed just 6 months later. He remained active until a month before his death, often appearing in his white suit. He will forever be remembered as the Colonel who brought the best-fried chicken to all corners of America and beyond.