Oliver the Beagle wasn’t a big fan of the new talking parrot toy his dad showed him. He has the nickname of Beagle Pirate, so it seemed appropriate to get Oliver his own parrot. 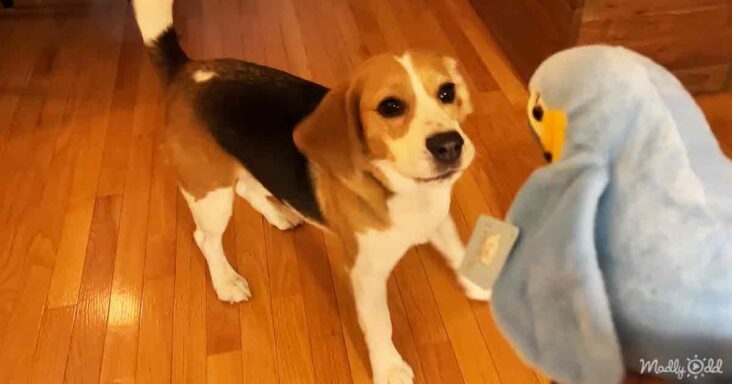 Some people called Oliver the Beagle Pirate because his ears are so long they could be used as an eye patch. When his dad brought him out, Oliver was wearing a pirate neckerchief.

The neckerchief was black and had skulls and crossbones all over it. Oliver was ready to set sail and explore the seven seas. Then he met his new companion. 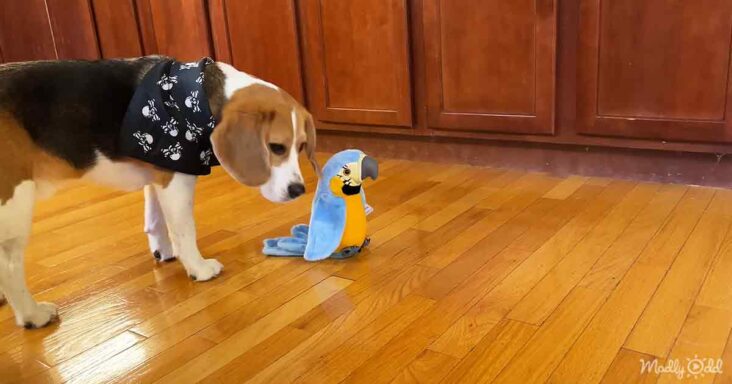 Bright blue feathers greeted Oliver when he rounded the corner. The toy was utterly still and would repeat any sound it heard. Oliver curiously and cautiously sniffed it.

Nothing happened, and Oliver went around to the back of the toy and continued smelling it. The toy moved, and Oliver was startled and jumped back. He then moved to a safe distance away. 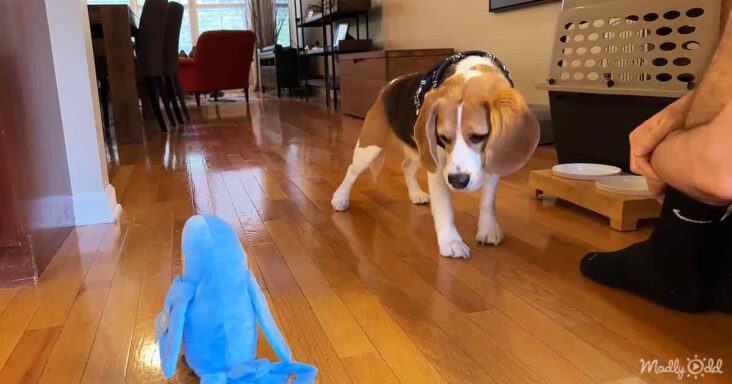 Oliver did what Beagles do best, and he started barking at the toy parrot. To his surprise, the bird barked back at him. He tilted his head and was frustrated by the toy.

A treat was placed on the toy, and Oliver wouldn’t even go near it. He whined and hid in his crate, so he didn’t have to see it flapping or barking any longer.