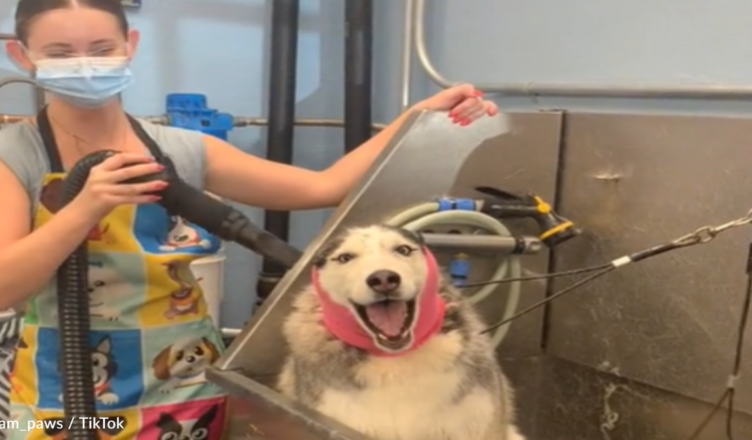 My dog was never really a fan of going to the groomers. The entire car ride she’d whimper and whine. But, once she was inside she was okay. 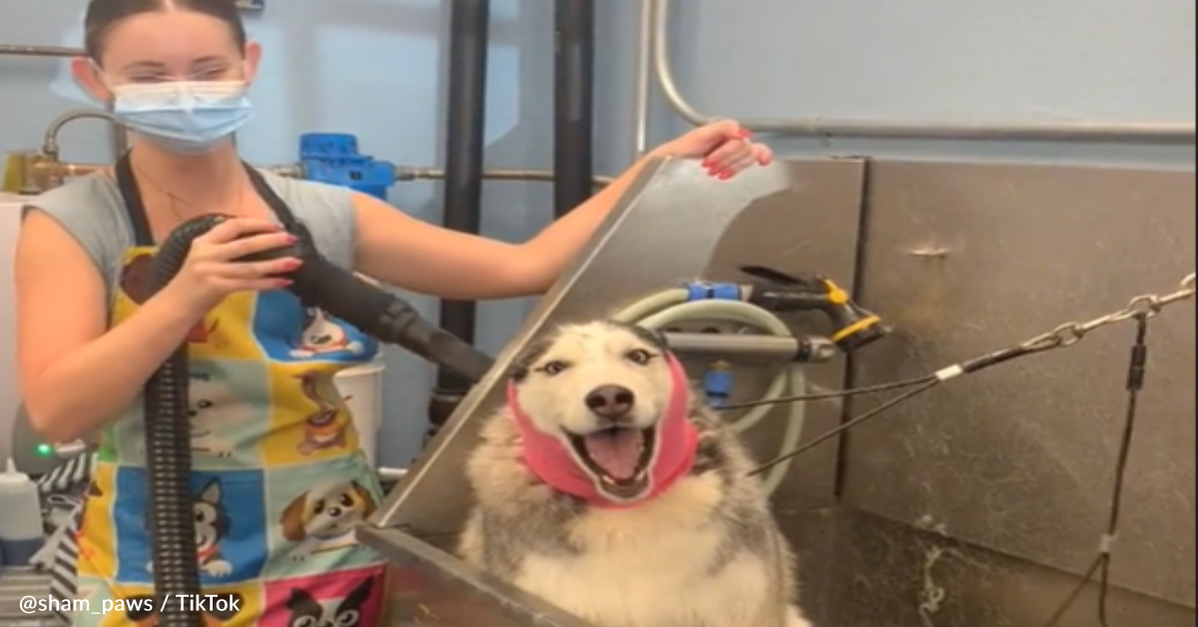 The grooming people always said that she’d whine a bit when it was time for nail trimming, but other than that she was pretty complacent.

Freya’s owner sent her to the Sham-Paws Self Serve Dog Wash in Placentia, CA, for grooming, but what ensued was pure comedic gold. 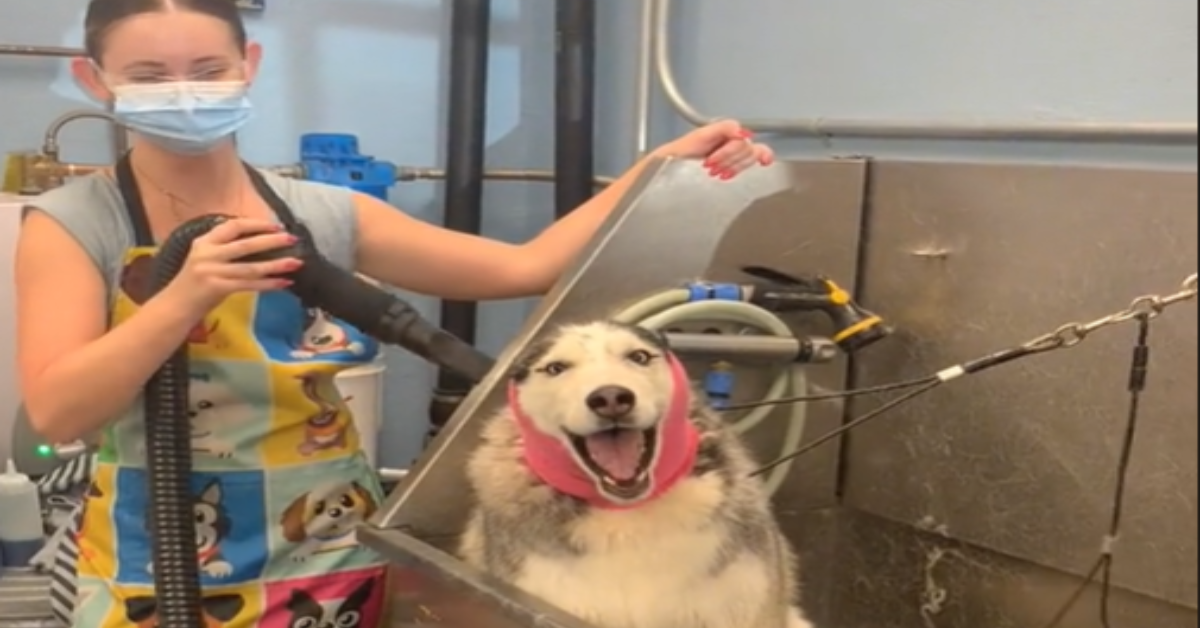 The establishment managed to video the entire thing and post it to social media. In the video, Freya is being groomed alongside a few other dogs, but no one is making a show quite like Freya.

The video’s caption reads, “Freya wants all her husky friends to know how much she enjoyed her spa day.” 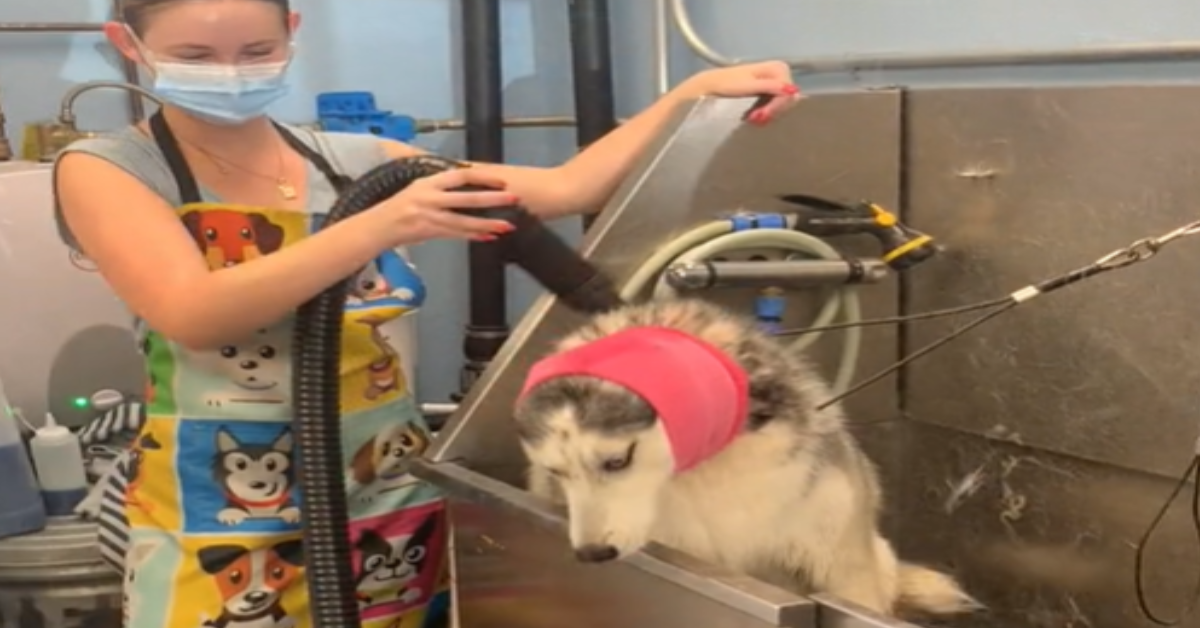 Check out the hilarious video below:

What do you think of Freya’s dramatic spa day? Does your husky ever act in a smilier manner? Let us know!