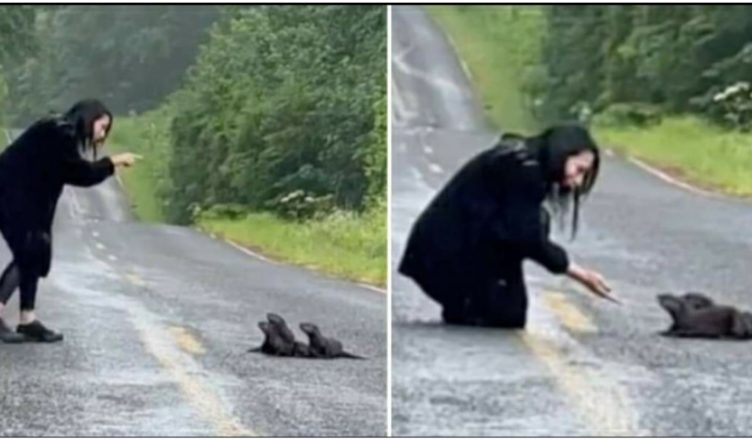 On that day Natalie Therese and her partner were driving home from a bed-and-breakfast by the Columbia River in Wash ington. Sudde nly they spotted a big clump of fur in the middle of the road. 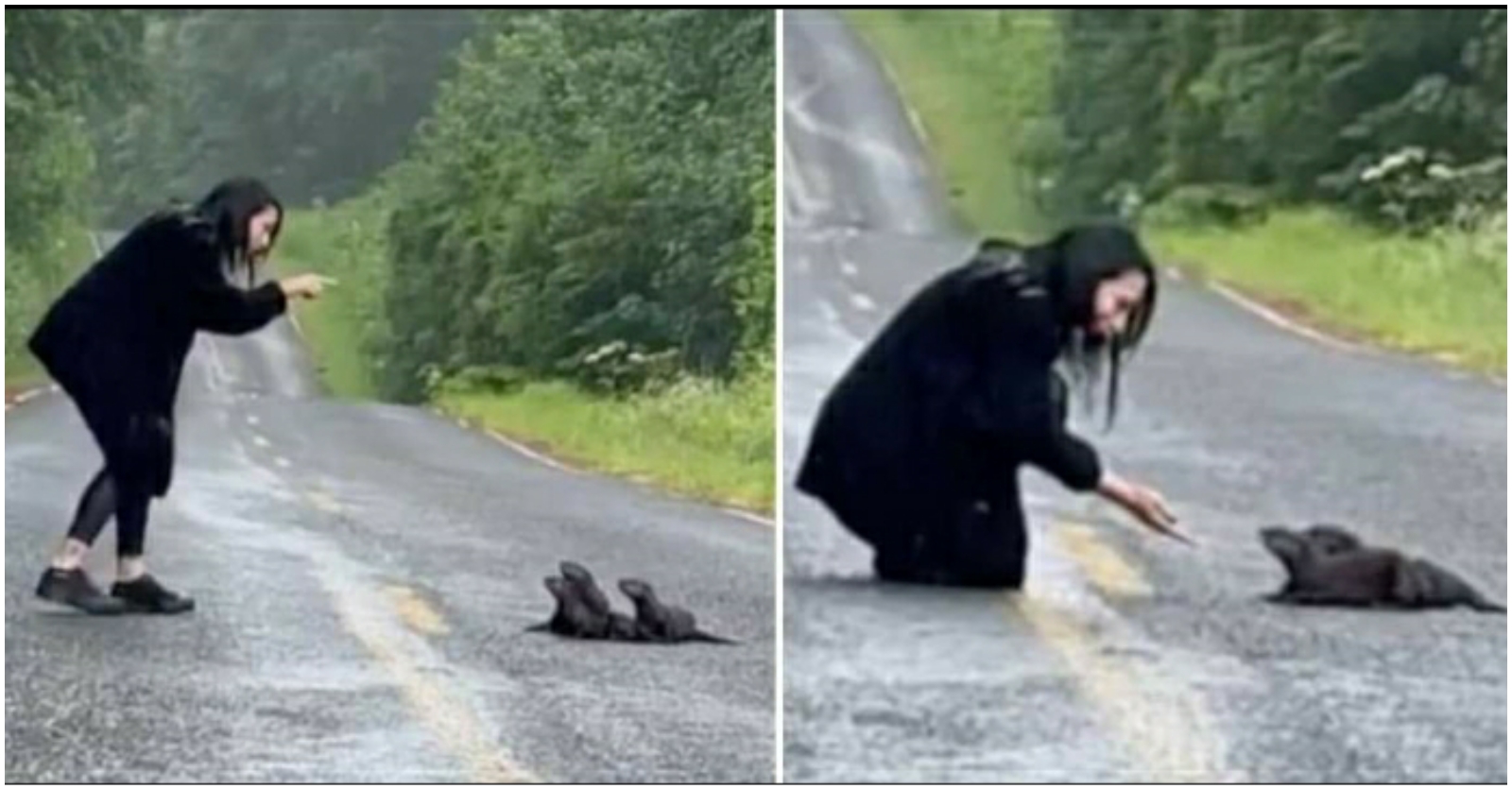 Therese had a feeling that they needed to stop. Her partner thought it was just a clump of dirt or something. But it was not! When they were inched closer, she saw who they are- three baby otters stranded in the street.

Therese realized that she had seen the otters’ mother run away from an oncoming car. The babies were too much young to know what to do. They have just stopped there and they were all alone. Their scared mother was watching them from nearby woods. 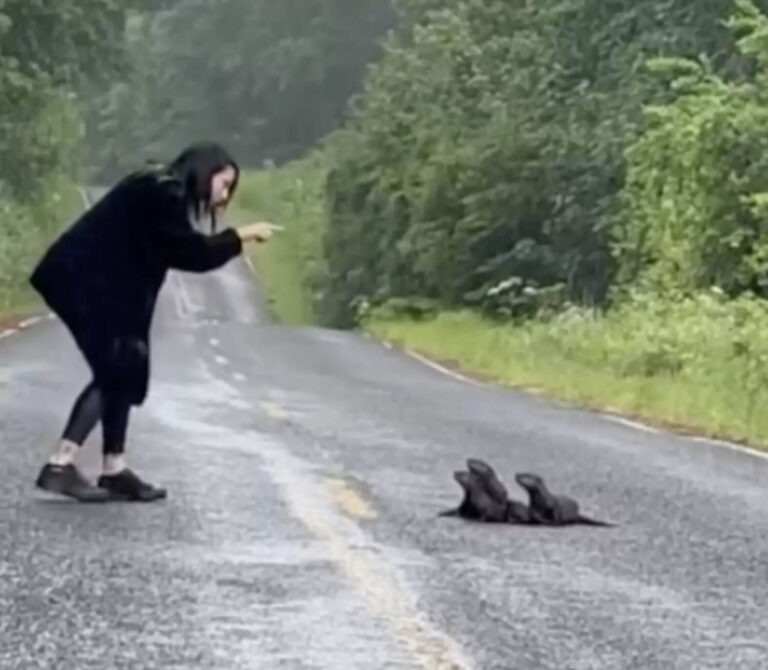 Therese decided that she should help them. She started to point the shivering babies in the right direction.

“I gently encou raged them off the road,” Therese said. She ushered them toward their mother, who was waiting to make sure each one figured out what to do. 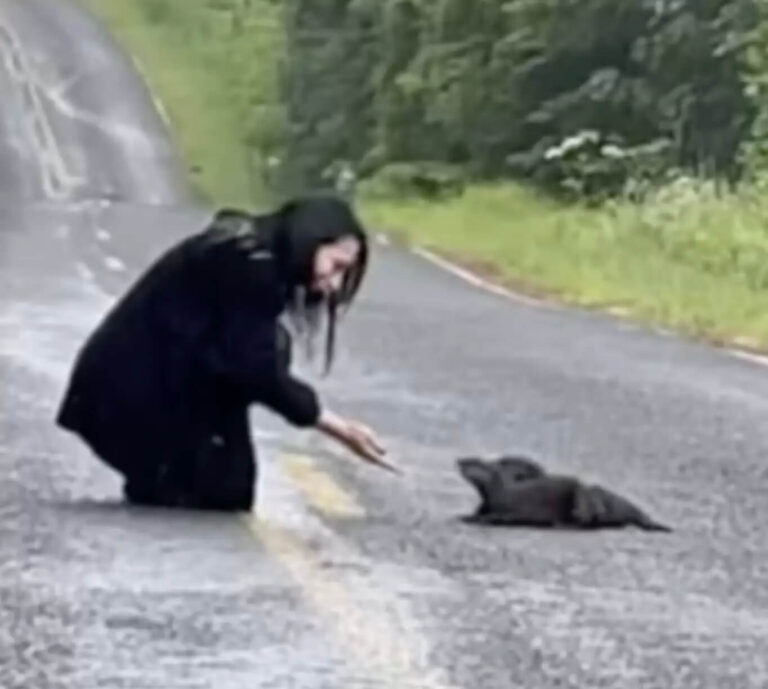 Therese stood back by the car and waited until the mother came out and all three babies ran off the road together. Then she waited a few more minutes to make sure that they wouldn’t run back to the road. 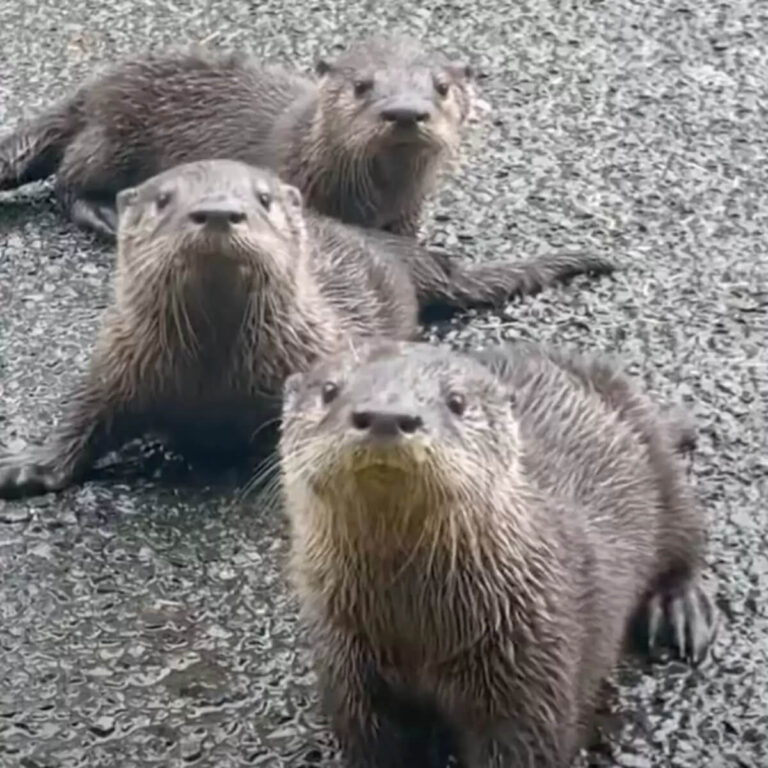 Therese was so touched and moved to tears from the whole experience. “Nature and her creatures are so beautiful,” she said.