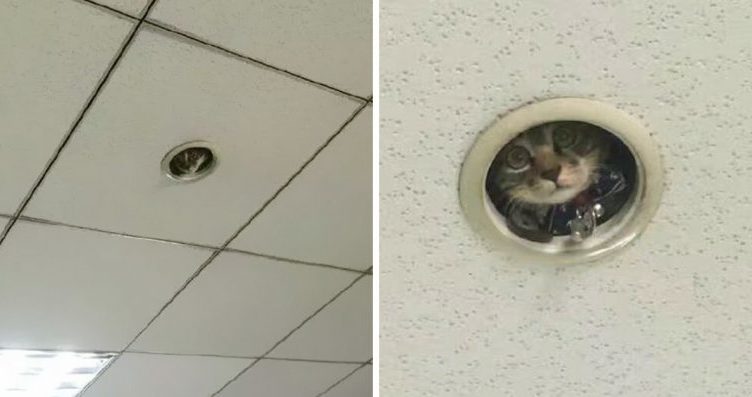 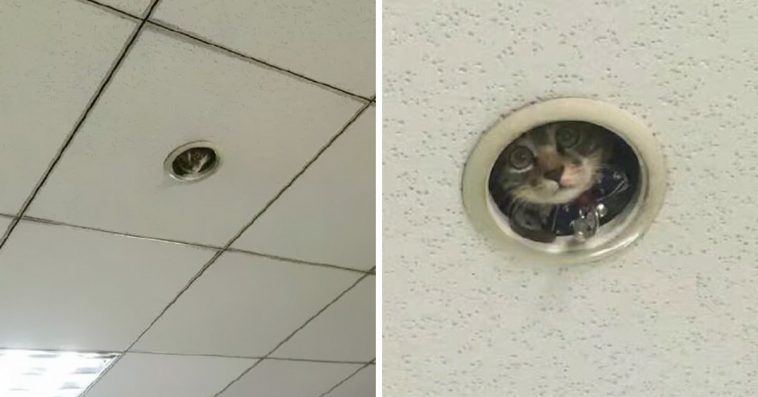 A group of Japanese office workers were reminded of this fact when a cat unexpectedly targeted their office.

This sneaky kitty wasn’t stealing, though. He was using his stealth for something else: surveillance. 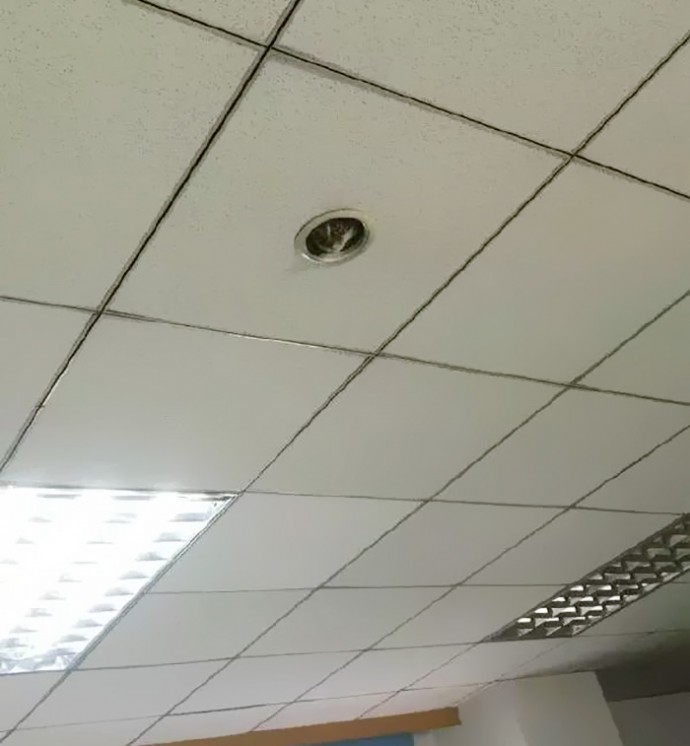 The kitty’s surveillance plot was discovered when an office worker unexpectedly noticed that a small face was staring down at him through an opening in the ceiling.

He quickly snapped a picture of the kitty and sent it to a colleague who in turn posted it to twitter and jokingly likened it to a security camera. 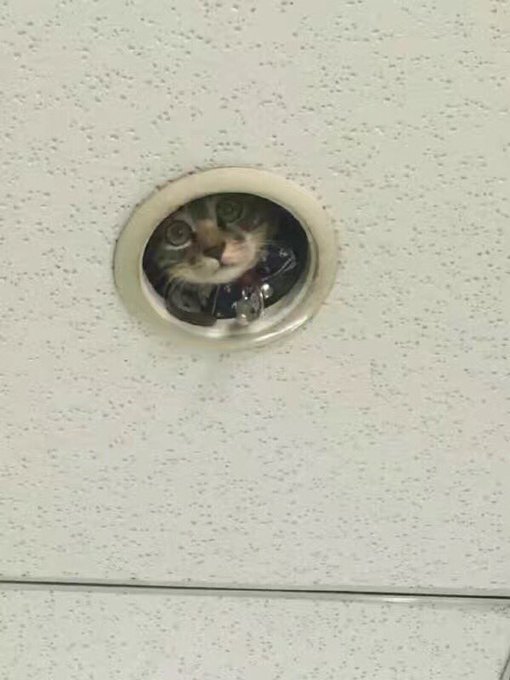 The hilarious pictures of the cutest little CCTV camera ever have since made the rounds on Twitter and are giving everyone a good laugh.

Perhaps the cat was just trying to make sure that everyone was focused on their work and doing their best.

We’re certain that we’d all have better work ethic if we knew this cute kitty was keeping a close eye on us.