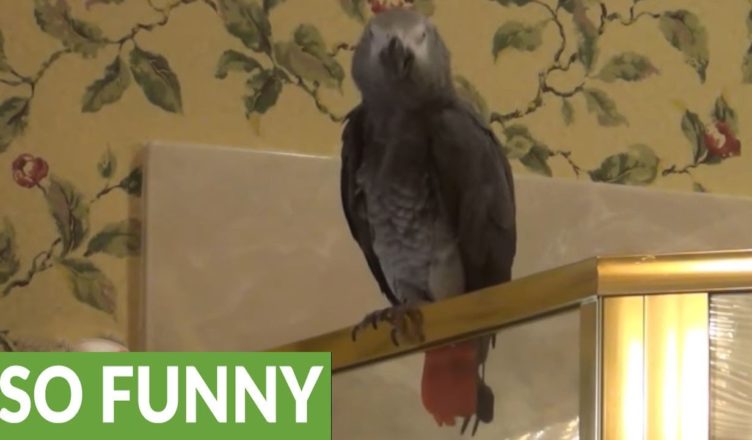 Well, not quite all the words in the song, but knows just enough to make you smile. Einstein the Grey African Parrot not only talks, but also loves to sing and mimic sounds. 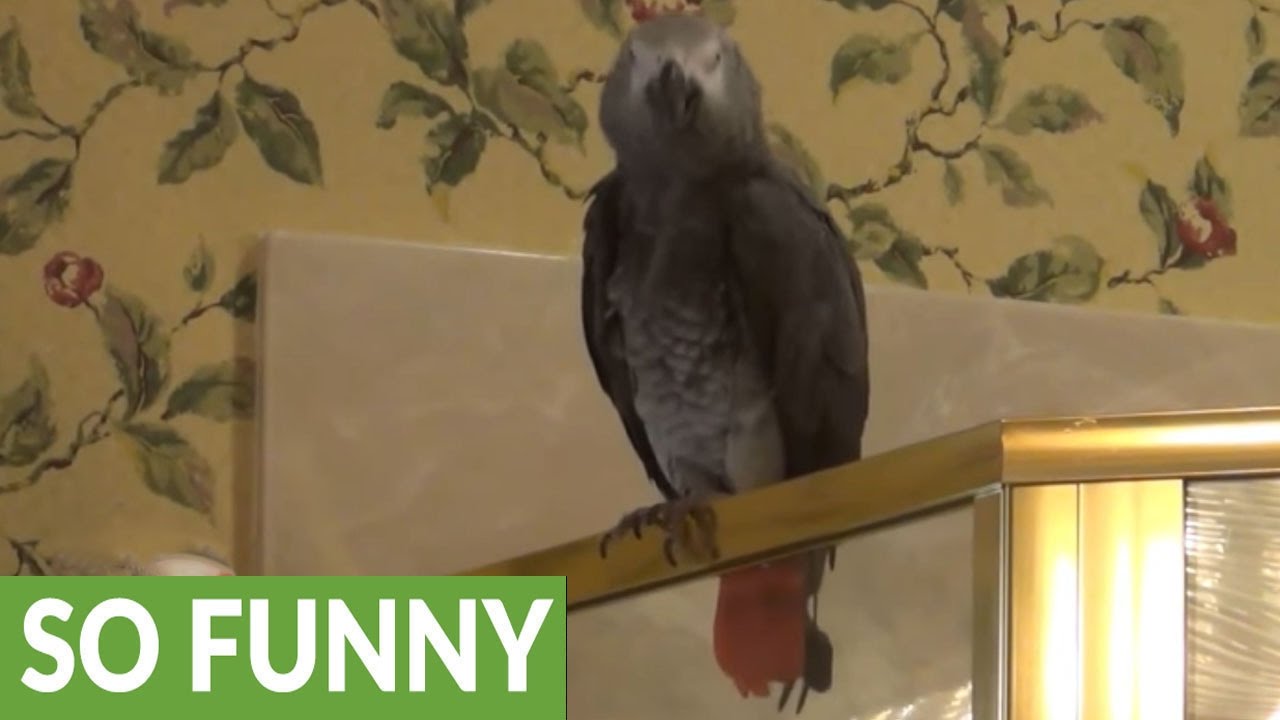 He can sit perched on the top of the shower cabin in his owner’s bathroom and sing all day long.

His favorite song is the 2000 hit single ‘Who Let The Dogs Out’ by Baha Men. 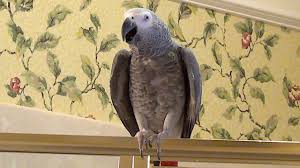 The song was once voted as third most annoying song in a poll by Rolling Stone, but that does not mean that this feathery performer can’t make it a hit all over again.

It must be fun being around this vocal guy day in and day out. 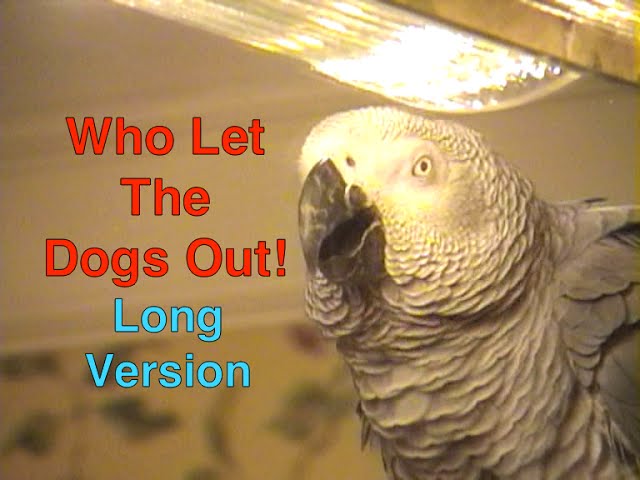 Days with him can never be boring, because he can talk for hours on end, stopping only for a snack and maybe for a nap.

He can conduct a deep and meaningful conversation with you one moment and talk complete nonsense the next.

Watch the video below: