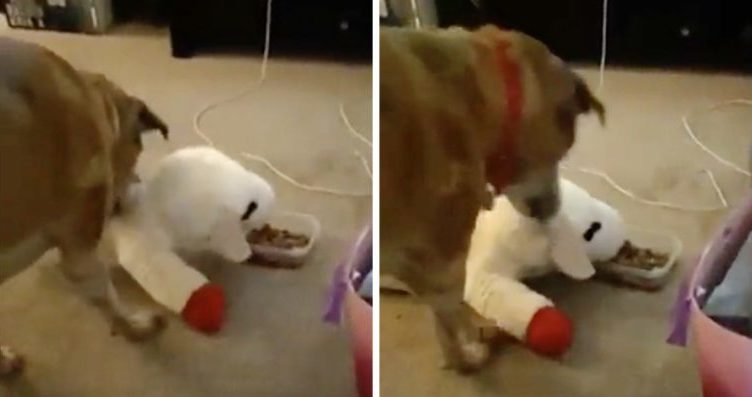 Tucker loves his family very much.There’s nothing the sweet pup wouldn’t do for them, and he’s always looking out for them and keeping them safe. 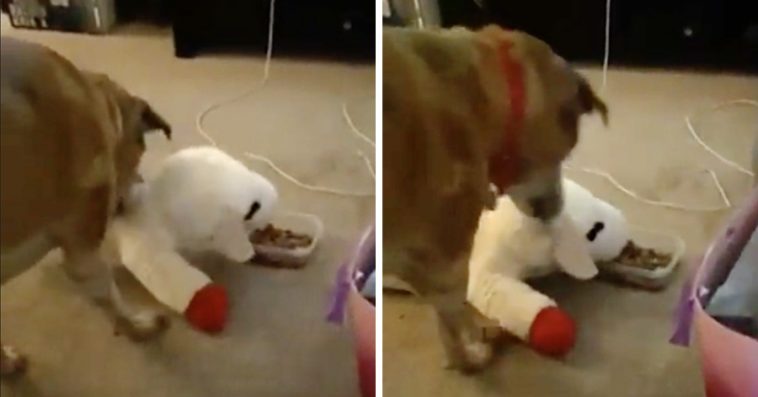 He’s never going to let anything happen to his mom, his dad, or even to his precious plushie lamb.

When Tucker decides that a toy is his favourite toy, he treats it with love and care.Right now, his favourite toy is a big, stuffed lamb called “Lamb Chop”, and Tucker is very protective of his fluffy buddy. 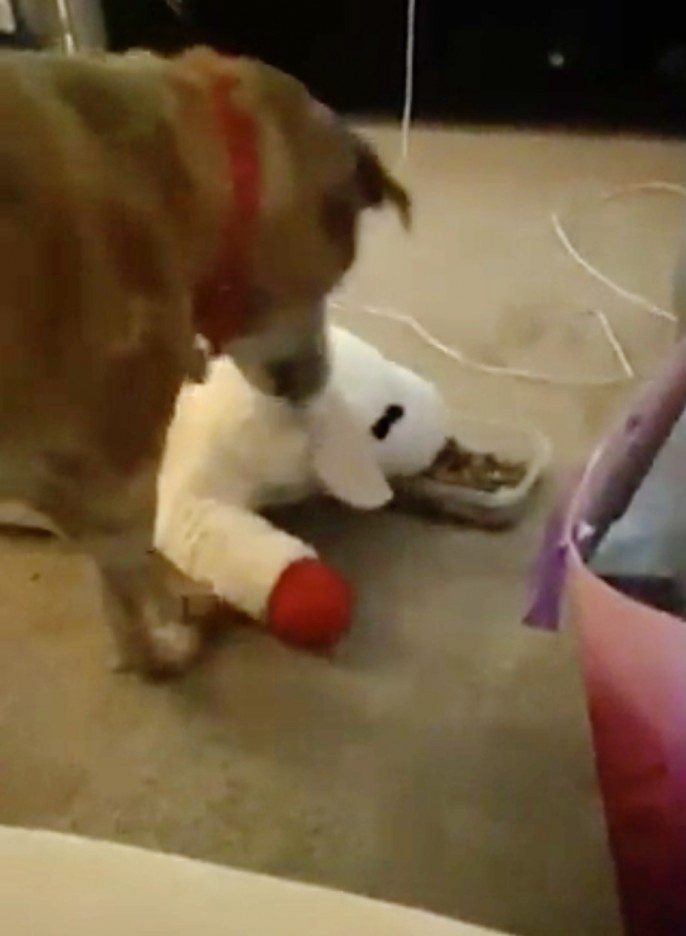 Tucker makes sure that the lamb is happy and healthy and getting enough to eat.

He brings the lamb everywhere he goes, and when it’s time for a snack, he carefully places the lamb in front of the bowl so that they can eat together. 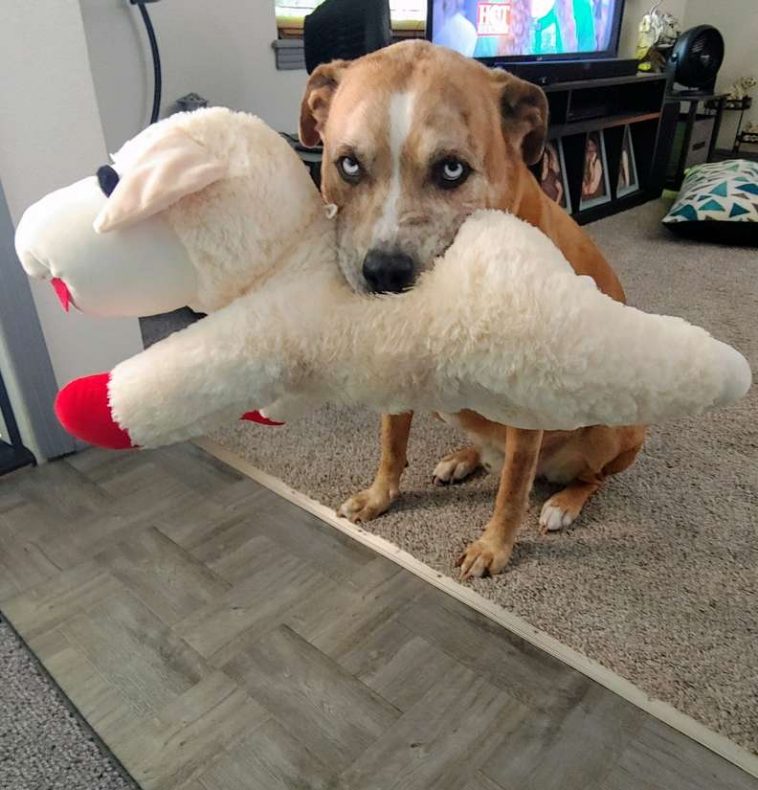 “He takes his toy and gently places its face in the bowl and will tip over the food bowl and scatter the food for it,” Tucker’s mommy, Katelyn Buckley, told The Dodo.

Tucker and his lamb are so cute together, so when Buckley uploaded a TikTok of Tucker bringing his lamb to the bowl, the video quickly became a big hit.

It’s received nearly 3000 comments and people are just in love with the kindhearted pup.

Tucker looks so sweet and it’s difficult not to squee when he makes sure the lamb can comfortably reach the bowl before he himself starts eating.

He’s just so pure, and it is melting all of our hearts.