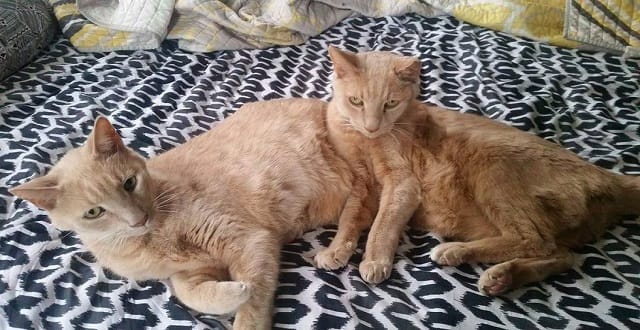 About three years ago, a cat was rescued right on the Noah’s Ark Animal Hospital’s parking lot.

“In Nov, 2013, we got an anonymous phone call to the hospital. The caller asked us to check in the lower parking lot,” Rachel Keyes told Love Meow.

He weighed 7 pounds and had stage two kidney failure.

Thankfully, they managed to nurse the kitty back to health and they named him Billy. Three years later, he had become a heathy office cat. 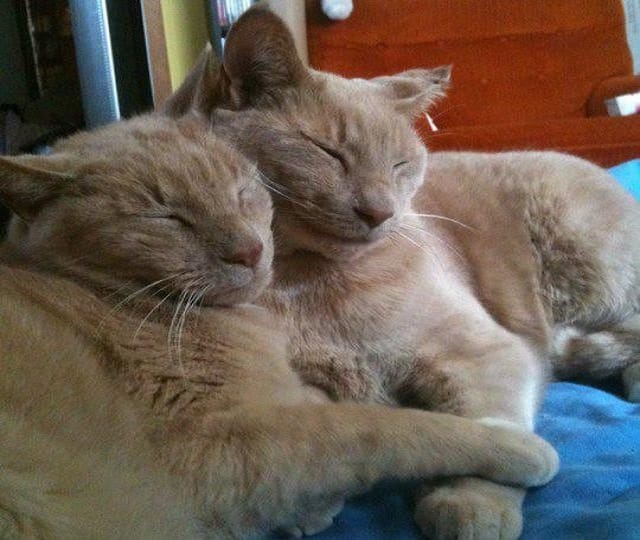 One day, a father and daughter arrived at the hospital and they were greeted by Billy. The father commented to the receptionist that Billy bore an incredible resemblance to the cat named Tuffo, who they had lost several years ago.

“He would never jump over the reception desk, but he actually did this time. It was obvious that Billy recognized these people,” Keyes said to Love Meow. 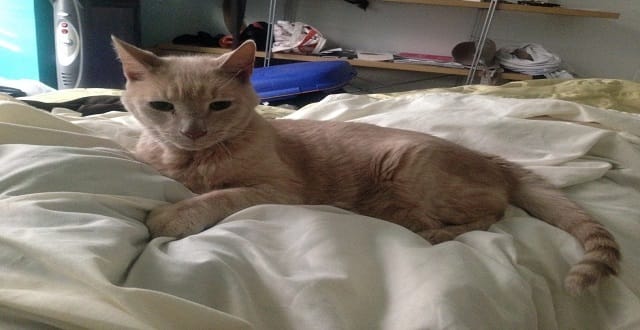 “Later on that afternoon, they brought in Billy’s twin brother. It was immediate that Billy recognized the other cat (Cotone). They got along perfectly. He recognized the entire family, and was very lovey with them.”

Anf so, after many years of separation, Billy (originally named Tuffo) was finally reunited with his twin brother and his forever human family.