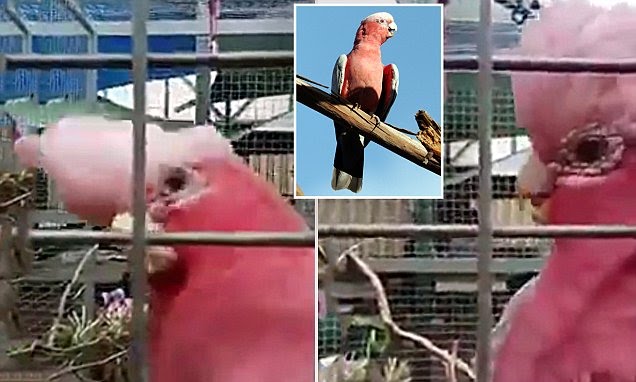 A Facebook page featuring all things Australia, has posted a hilarious video of a native bird cackling at a mobile phone camera.

‘Only in Australia’ posted a video of a Galah – a rose breasted cockatoo, to Facebook on Monday, recording the maniacal laughter of the little pink and grey bird.

The feathered friend is seen laughing hysterically, while the person recording the video joins in, laughing together and at one another. 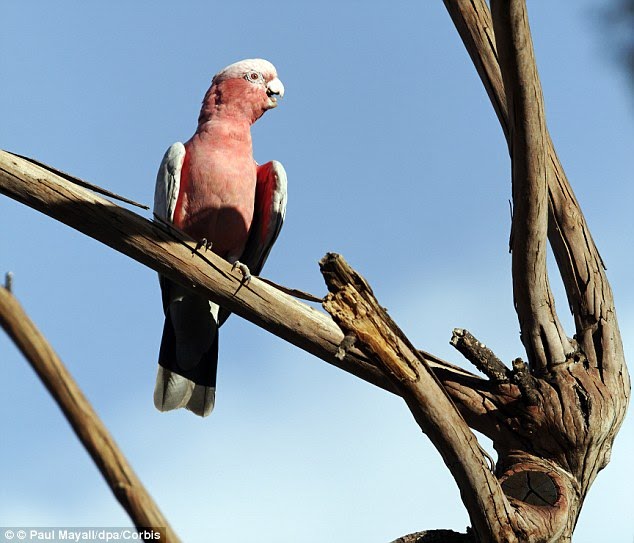 Known for its ability to mimic human speech the caged bird throws his head back in hysterics responding to voice triggers made by the people recording the video.

They begin by making little laughing noises before the bird erupts into hysterical glee. 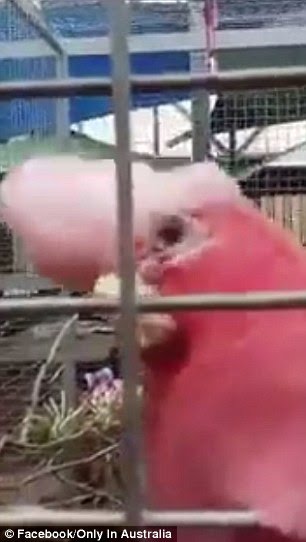 Only in Australia posted this video and said: ‘I’ve heard plenty of kookaburras laugh, but this Galah cracks me up!’

While user Jennifer Catherine said the video induced, ‘sudden giggle outbursts up in the mountains.’

Easily identified by their rose-pink and grey feathers, the quirky animal forms huge noisy flocks which feed on seeds from the ground.

Shaded in a colour reminiscent of love, the Galah is known to form permanent relationships, taking monogamy to the next level.